Obesity may ultimately be a disease of the brain, involving a progressive deterioration of various cognitive processes that influence eating. Researchers at Macquarie University have now shown that memory inhibition — the useful ability to ‘block out’ memories that are no longer useful, which depends on a brain area called the hippocampus — is linked to dietary excess. Usually, food-related memories should be at the forefront during hunger but then inhibited during fullness, so that thoughts of food are set aside when eating is no longer top priority. 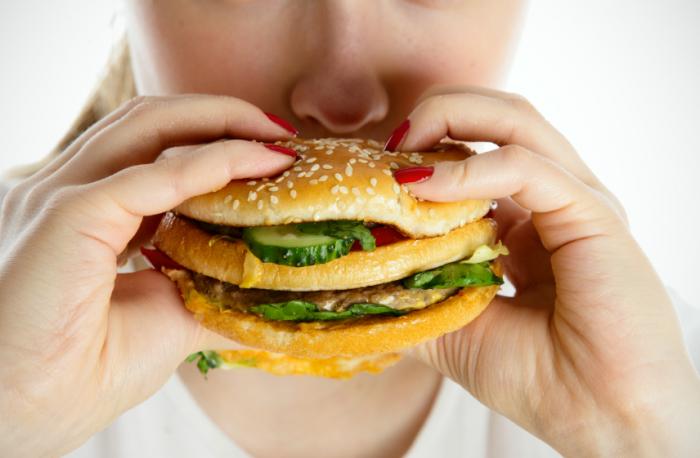 Prior animal studies have shown that a Western diet — one high in fats and sugars and low in fruit, vegetable and fiber — impairs the memory inhibition abilities of the hippocampus. Practically, this could mean that a Western-style diet makes it harder to inhibit pleasant memories triggered by seeing or smelling palatable food. This would make it hard to resist delicious treats even if one were full.

The Macquarie researchers have now found evidence for this problem in humans, they reported this week at the annual meeting of the Society for the Study of Ingestive Behavior (SSIB), the foremost society for research into all aspects of eating and drinking behaviour. The study supported by the Australian Research Council and led by PhD student Tuki Attuquayefio looked at healthy young people, some of whom ate a Western-style diet.

Participants completed learning and memory tests that depend on the hippocampus and also rated their liking and wanting of palatable snack foods before and after a filling lunch. Participants who habitually ate a Western-style diet were slower at learning and poorer at remembering than those who ate a healthier diet, and more importantly showed much smaller reductions in wanting palatable snacks when tested full compared to hungry.

The key finding is that memory performance and snack food ratings were linked. “Even though they were full, they still wanted to eat the sweet and fatty junk food,” explained Tuki Attuquayefio. “What was even more interesting was that this effect was strongly related to their performance on the learning and memory task, suggesting that there is a link between the two via the hippocampus.”

In agreement with the animal research, people with greater intake of a high fat, high sugar diet may do more poorly on the learning and memory tests because of how the diet impacts the hippocampus. The Macquarie University researchers believe inability to inhibit food memories when in a satiated physiological state could then explain the persistent desire for snacks. For otherwise healthy, lean, young people who routinely consume high-fat high-sugar diets, compromised hippocampal function may make it harder to regulate food intake and set them upon the road towards obesity.