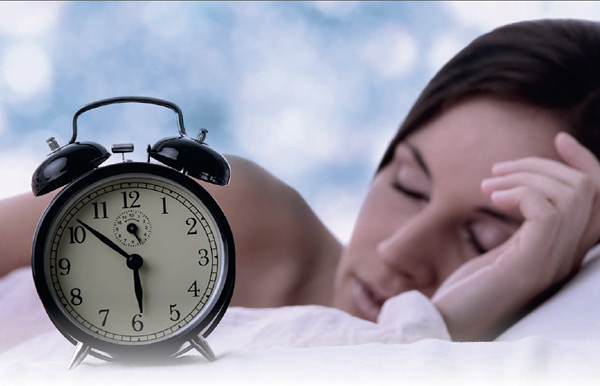 A University of Manchester biologist has for the first time established that the painful and debilitating symptoms endured by osteoarthritis sufferers are intrinsically linked to the human body clock.

The study, led by Dr Qing-Jun Meng, who is a Senior Research Fellow for Arthritis Research UK, could in the years to come, pave the way for drug treatment of the joint condition that affects 8 million people in the UK.

His research findings, jointly funded by Arthritis Research UK and the Medical Research Council (MRC), are published in the Journal of Clinical Investigation.

He said: “Despite the best efforts of doctors and scientists, we have a poor understanding of osteoarthritis: sadly, pain relief and joint replacement surgery seem to be the only option for patients.

“So the prospect of fundamental treatment is very exciting- even though it’s still probably years away.”

Dr Meng discovered that body clocks within cartilage cells — or chondrocytes- control thousands of genes which segregate different biological activities at different times of the day.

The body clock, he realised, controls the equilibrium between when chondrocyte cells are repaired during rest and when they are worn down through activity.

But his research revealed that as we age, our cartilage cell body clocks deteriorate, making the repair function insufficient, which could contribute to osteoarthritis.

As the osteoarthritis became more severe, the number of cells that express BMAL1 — a protein which controls the body clock — became less and less.

And in terms of aging, he found similar reduction of BMAL1 in chondrocytes, which coincided with the reduced ‘amplitude’ of the body clock (up to 40% weaker in older mice), supporting the theory that aging, at least partially through dysregulation of the chondrocyte clocks, is a major risk factor for osteoarthritis.

Chronic inflammation is another factor which can increase the risk of contracting the disease, according to Dr Meng.

And in an American study on mice he participated in earlier in the year, weekly reversal of the light dark cycle, a condition that simulated rotating shift work or severe jet lag, could also disrupt the body clock- making the disease more of a risk.

He added: “Now we have identified a link between the human body clock and osteoarthritis, this could unlock the prospect of drugs which reset the body clock mechanism.

“Scientists are already developing drugs which can act in this way for other conditions. Now, osteoarthritis can be part of this effort.

“But there are other body clock related approaches which can help osteoarthritis sufferers: eating and exercising at set regular times each day is also something we think is a good idea.

“Using heat pads that approximate body temperature changes in cartilage tissue — which are too governed by the body clock- are also potentially useful.”

Professor Ray Boot-Handford, who is also a senior author of this study, commented: “This study, delivered by an international team led by Dr Meng, demonstrates the important role the body clock plays in keeping our joints healthy. The findings open up new avenues for understanding and developing treatments for osteoarthritis.”

Stephen Simpson, director of research and programmes at Arthritis Research UK said: “Many people with arthritis find that their symptoms get worse at certain times of the day and the results of this interesting and exciting study reveal a likely biological basis to this effect.

“It is important to understand the role that the body’s circadian rhythm (our inbuilt body clock) has in maintaining healthy joint tissue and how disruptions to this process could contribute to the development of osteoarthritis. An exciting prospect is that it may be possible to use this new information to improve treatments and pain relief for the millions of people affected by this debilitating condition.”

The study done by Manchester University.