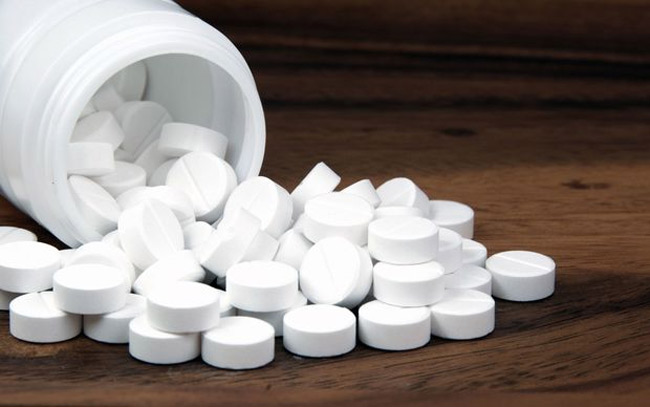 The study, published in The Lancet, is the largest analysis of randomised trials of medical pain relief for osteoarthritis to date, and finds that diclofenac 150mg/day, a non-steroidal anti-inflammatory drug (NSAID), is the most effective short-term pain relief. However, the authors caution against long-term use of NSAIDs because of known side-effects.

Worldwide, 9.6% of men and 18% of women over the age of 60 have osteoarthritis. Estimates suggest that 26.9 million adults in the USA have the disease, and 8.75 million in the UK. Osteoarthritis is the leading cause of pain in elderly people. It can impair physical activity, which increases patients’ risk of obesity, cardiovascular disease, diabetes, and general ill-health.

Dr Sven Trelle from the University of Bern, Bern, Switzerland, and colleagues, pooled data from 74 randomised trials published between 1980 and 2015. With data from a total of 58556 patients with osteoarthritis, the study (a network meta-analysis) compared the effect of 22 different medical treatments and placebo on pain intensity and physical activity. The 22 treatments included various doses of paracetamol and seven different NSAIDs.

Paracetamol and NSAIDs are usually the first line treatment for mild to moderate pain management in osteoarthritis, but paracetamol is used more frequently in the long-term because of the cardiovascular and gastrointestinal side effects associated with long-term NSAID use.

The analysis found that all 22 preparations of medications, irrespective of dose, improved symptoms of pain compared with placebo. Although some doses of paracetamol had a small effect on improving physical function and decreasing pain, the effect was only slightly better than placebo, and did not reach the minimum clinically important difference (effect size of -0.17 vs. clinically important difference of -0.37). In comparison, diclofenac at the maximum daily dose of 150 mg/day was most effective for the treatment of pain and physical disability in osteoarthritis (effect size -0.57), and superior to the maximum doses of frequently used NSAIDs, including ibuprofen, naproxen, and celecoxib.

According to Dr Trelle, “NSAIDs are usually only used to treat short-term episodes of pain in osteoarthritis, because the side-effects are thought to outweigh the benefits when used longer term. Because of this, paracetamol is often prescribed to manage long-term pain instead of NSAIDs. However, our results suggest that paracetamol at any dose is not effective in managing pain in osteoarthritis, but that certain NSAIDs are effective and can be used intermittently without paracetamol.”[4]

“NSAIDs are some of the most widely used drugs for patients with osteoarthritis. There is a range of different drugs at different dosages that doctors can prescribe, but patients often switch between drugs, or stop taking them because the first one they use hasn’t sufficiently helped control the pain. We hope our study can help better inform doctors about how best to manage pain in this population.”

The length of follow-up in most of the included trials was 3 months or less, and the authors acknowledge that other studies which include longer-term follow-up may be necessary. Although the overall number of patients included in the analysis was large, the number of individual trials assessing individual doses was still low.

Writing in a linked Comment, Professor Nicholas Moore and colleagues from the Department of Pharmacology at the University of Bordeaux, Bordeaux, France, point to the limitations of the study: “Other widely used NSAIDs were not included in this meta-analysis, probably because no recent trials have been done of these drugs or because any recent trials that did assess them were too small. These omissions are unfortunate because these drugs might be as effective but much cheaper than the newest drugs.” He concludes: “the most remarkable result is that paracetamol does not seem to confer any demonstrable effect or benefit in osteoarthritis, at any dose. This finding is not entirely unexpected. Paracetamol has been on the market for as long as most of us remember. Its efficacy has never been properly established or quantified in chronic diseases, and is probably not as great as many would believe. Its safety is also questioned, not just in overdose.”

He adds: “Many patients could be suffering needlessly because of perceived NSAIDs risks and paracetamol benefits (which might not be real). Perhaps researchers need to reassess both these perceptions (or misconceptions) and the use of other analgesic options that have been discarded over time, such as dipyrone.”