Skincare creams do not penetrate skin: A new research 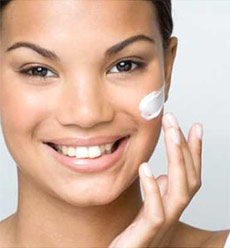 New research into nanoparticles has suggested that the microscopic particles used in skincare cannot actually penetrate the skin.

Research by scientists at the University of Bath is challenging claims that nanoparticles, commonly found in cosmeceuticals and sunscreens, can transport and deliver active ingredients deep inside the skin.

Scientist claim the study found that even the tiniest of nanoparticles, which are less than one hundredth of the thickness of a human hair, did not penetrate the skins surface.

The findings could impact skincare brands that make these claims for their products, but could also allay concerns that potentially harmful nanoparticles can be absorbed into the body.

The scientists used a technique called laser scanning confocal microscopy to examine whether fluorescently tagged polystyrene beads, ranging in size from 20 to 200 nanometers, were absorbed into the skin.

They found that even when the skin sample had been partially compromised by exfoliating the outer layers with adhesive tape, the nanoparticles did not penetrate the stratum corneum.

Professor Richard Guy, who led the study, said: Whereas earlier work has suggested that nanoparticles appear to penetrate the skin, our results indicate that they may in fact have simply been deposited into a deep crease within the skin sample.”

He added: The skins role is to act as a barrier to potentially dangerous chemicals and to reduce water loss from the body. Our study shows that it is doing a good job of this. So, while an unsuspecting consumer may draw the conclusion that nanoparticles in their skin creams, are ‘carrying’ an active ingredient deep into the skin, our research shows this is patently not the case.