Canada’s program that aims to prevent pregnancy in women who use the powerful acne drug isotretinoin (Accutane) is not effective, found a new study in CMAJ (Canadian Medical Association Journal). 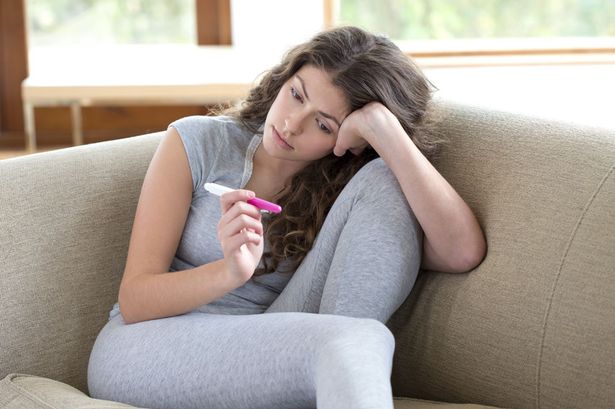 Of the women taking the drug, 30% to 50% do not comply with the program’s requirements, which, given the severe harm the drug can cause to a fetus, represents poor performance of the pregnancy prevention program.

“Poor adherence with the Canadian pregnancy prevention guidelines means that Canada, inadvertently, is using pregnancy termination rather than pregnancy prevention to manage fetal risk from isotretinoin,” states lead author Dr. David Henry, senior scientist at the Institute for Clinical Evaluative Sciences (ICES) and executive co-lead of the Canadian Network for Observational Drug Effect Studies (CNODES). “It appears that not all doctors and patients are sticking closely to the guidelines to prevent pregnancy during treatment with isotretinoin.”

Isotretinoin (commonly marketed as Accutane when first released) is used to treat severe acne and has been approved in Canada since 1983. It can severely harm a fetus, causing craniofacial, cardiac and central nervous system defects, as well as a high likelihood of miscarriage or medical termination. The average age of isotretinoin users in Canada is estimated to be 24 years, and half of all prescriptions are written for females.

Researchers looked at anonymized patient records for 59,271 women taking isotretinoin aged 12 to 48 years in four Canadian provinces — British Columbia, Saskatchewan, Manitoba and Ontario — between 1996 and 2011. Over the 15-year study period, there were 1473 pregnancies, 118 (8%) of which resulted in live births; of those, 11 (9%) were identified as having congenital abnormalities.

Pregnancy rates during isotretinoin treatment ranged from 4 to 6/1000 users. The at-risk period for exposure extends beyond the end of treatment, and overall pregnancy rates including this later period were higher.

Despite the recommendations that women take strict precautions to prevent pregnancy while taking isotretinoin, the researchers found that only one-quarter to one-third of women filled birth control prescriptions while taking isotretinoin, nearly identical to rates in the previous 12 months. However, the researchers note that they were not able to track the use of birth control pills obtained without plan coverage (perhaps from a free clinic) or directly from a supply from a doctor, or the use of intrauterine devices or barrier methods.

“It is clear from this experience and from studies in Europe that modifying contraceptive behaviour in this setting is difficult,” said Dr. Brandace Winquist, a coauthor of the study. Nevertheless, medical practitioners and patients must be constantly reminded of the risks of isotretinoin to the fetus and implement effective contraceptive measures.”