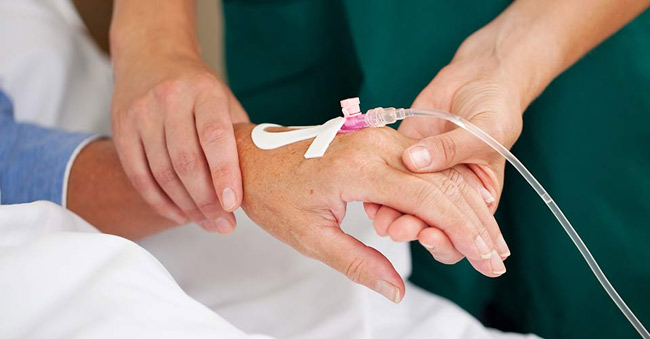 According to a recent research conducted at The University of Texas MD Anderson Cancer Center, it has been found that early-stage breast cancer patients receiving a shorter course of whole breast radiation with higher radiation doses per fraction reported equivalent cosmetic, functional and pain outcomes over time as those receiving a longer, lower-dose per fraction course of treatment.

Their study reported functional status and breast pain improved significantly following both radiation schedules, and there were no significant differences in physician-reported cosmetic evaluations. With a more convenient treatment schedule and equivalent outcomes, the authors suggest the shorter course as the preferred option for patients.

Large randomized trials from Canada and the United Kingdom have established HF-WBI as a safe and effective treatment for nearly all patients with early-stage breast cancer. In previously published research, the authors showed patients receiving HF-WBI experienced less acute toxicity and post-radiation fatigue compared to those treated with CF-WBI.

However, the adoption of HF-WBI has been limited in the U.S. In fact, researchers note only one-third of patients for whom HF-WBI is currently recommended by the American Society of Radiation Oncology (ASTRO) actually receive the shorter course of therapy.

“This trial is particularly important because there is still some hesitation among clinicians in the U.S. about adopting the hypofractionated schedule,” said lead author Cameron Swanick, M.D, resident, Radiation Oncology. “Because American patients tend to have a higher prevalence of obesity, and because prior trials excluded certain patients with high body mass index, there has been this concern that the shorter radiation treatment course may not be as safe for American patients.”

All participants were at least 40 years of age and previously had been treated with breast-conserving surgery. Seventy-six percent were overweight or obese according to their body mass index. The researchers used validated tools to gather patient-reported outcomes (PROs) on cosmetic, functional and other quality-of-life measures; physicians rated cosmetic results following treatment. Assessments were performed at baseline, six months, and at one, two and three years following treatment.

There were no significant differences in physician-reported cosmetic scores at any time point. Additionally, both patient groups reported similar improvements in breast pain and functional assessments over time.

The researchers continue to follow tumor control outcomes, though no meaningful difference in survival has been found, to date. The study has several limitations, such as a lack of complete data through three years for all patients at the time of last follow up. All outcomes will be reported once all patients have completed three-year follow up. Further, patients and physicians were not blinded to treatment arms, which has the potential to bias the reporting outcomes.

The results of this and previous studies further support the use of HF-WBI as the preferred radiation therapy for early-stage breast cancer patients, explained Smith. “At MD Anderson these shorter courses have become the standard of care.”