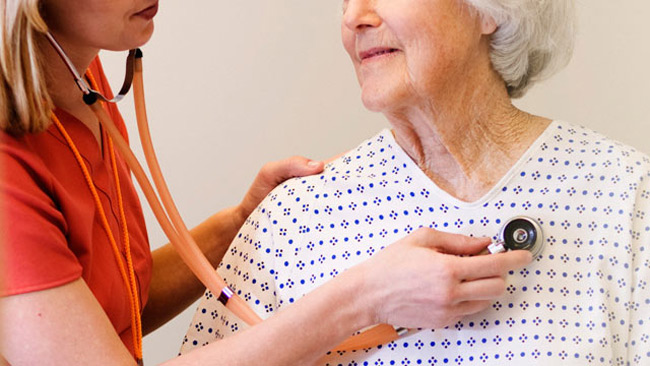 More than 95% of the world’s adult population is infected with the virus that causes chickenpox. Up to one third of these individuals will develop shingles (herpes zoster) in their lifetime. A new U.S. study has found that there is a short-term increased risk of stroke after having shingles, reports Mayo Clinic Proceedings.

Shingles (herpes zoster) is a viral disease caused by reactivation of the chickenpox virus, varicella zoster (VSV), which causes a painful skin rash to erupt in a limited area. Typically, the rash is on one side of the body in a single stripe. It is more common in older adults and those with weak immune systems, but anyone who has had chickenpox can develop shingles. Studies in Europe and Asia have suggested an increased risk of stroke and myocardial infarction (MI) after shingles, but there have not been any previous studies in the U.S.

In the current study investigators assessed the risk of stroke and MI in a U.S. community-based population. About 5,000 adults over 50 in Olmsted County, Minnesota, who had a confirmed episode of shingles, were matched with a group of age- and sex-matched individuals from the same community who had no history of shingles.

“We found there was a 50% increased risk of stroke for three months after shingles, but we also found that people who had shingles had many more risk factors for stroke than those who had not, suggesting they had worse health overall,” explained lead investigator Barbara P. Yawn, MD, MSc, of the Department of Research, Olmsted Medical Center, Rochester, MN. “The bottom line however is that shingles was still associated with an increased risk of stroke for three months afterwards even when we made allowances for these multiple risk and confounding factors.”

Investigators found that the association between shingles and MI at three months was neither strong nor robust across different analytic methods used. “There did appear to be a small increased risk for MI, but when you take other risk factors into consideration, it disappears,” noted Dr Yawn.

There was no increased risk of either stroke or MI at any point beyond three months.

The investigators raise the question of why stroke would be more common after an episode of shingles. “Recent studies have shown that the zoster virus appears to affect vascular tissues as well as the central nervous system and that it may therefore be a systemic illness,” stated Dr. Yawn. “Another possible explanation is that stroke is a consequence of the inflammatory response that occurs with an acute zoster episode. This increased risk of stroke may be preventable by vaccinating against the zoster virus.”