A new study shows that smoking reduces calorie intake, possibly modulated by its effect on levels of the hormone ghrelin (also known as the hunger hormone). The study was conducted by Dr Konstantina Zachari and colleagues, Harokopio University Athens, Greece, in collaboration with Athens Medical School Greece. 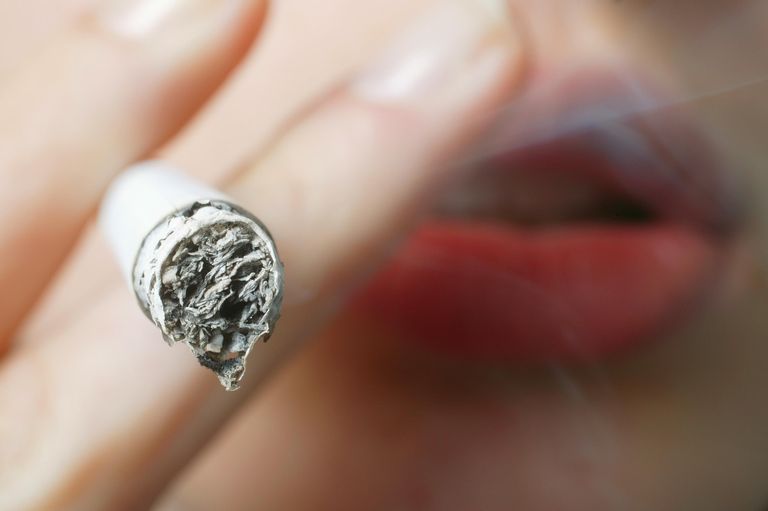 Smoking and its cessation are related to weight change. Those who manage to stop smoking increase their weight, while current smokers are less likely to be obese than non-smokers. Adolescents, mainly girls, may start and continue smoking for body weight management. The belief though that smoking regulates body weight follows adolescent smokers into their adulthood. For example, when post cessation weight gain (PSCWG — with a mean weight gain pf around 10kg over 5 years), is one important factor that demotivates people, mainly women, to quit smoking and is a common reason to relapse. Until now, confusing results about the related hormones and mechanisms involved were available. Increased food intake and Post Cessation Basic Metabolic Rhythm (ΒΜR) may be involved. Therefore, PSCWG is a very important factor that has to be addressed in order to increase quitting rates and lower relapse rates.

The aim of this study was to examine the acute effect of smoking and its abstinence on dietary intake, subjective feelings and hormones related to appetite. A small randomised crossover study was conducted, involving 14 healthy males who participated in two trials after overnight abstinence from smoking and food: the C-cig, where they smoked two cigarettes of their brand and the S-sham (control) where they held the cigarette as smoking without lighting it. Each trial lasted 15 min and after 45 min participants ate ad libitum (freely) a variety of snacks.

The researchers found that smoking had an acute effect on dietary intake, reducing it by 152 calories — a statistically significant result. There was no intervention effect for taste preference (sweet or salty foods) or macronutrient intake. An intervention time effect on plasma ghrelin concentration was found (of borderline statistical significance), with ghrelin’s concentration being lower 60 min after S-sham, indicating more fullness and food consumption after the S-sham part of the study. There was no intervention effect for appetite feelings, obestatin, CCK, GLP-1 and insulin.

Dr Zacchari concludes: “In our small study, we found that smoking had an acute effect on energy intake that could be mediated by alterations in ghrelin levels. Further research is needed to investigate whether these results would be duplicated in a broader study population. We also need to investigate other potential biological mediators and ways to balance post-cessation weight gain in order to achieve higher smoking cessation rates and lower relapse rates.”