In a new study, young children showed signs of kidney damage if their mothers smoked while pregnant. The findings, which appear in an upcoming issue of the Clinical Journal of the American Society of Nephrology (CJASN), add to the list of negative health effects that can result from maternal smoking during pregnancy. 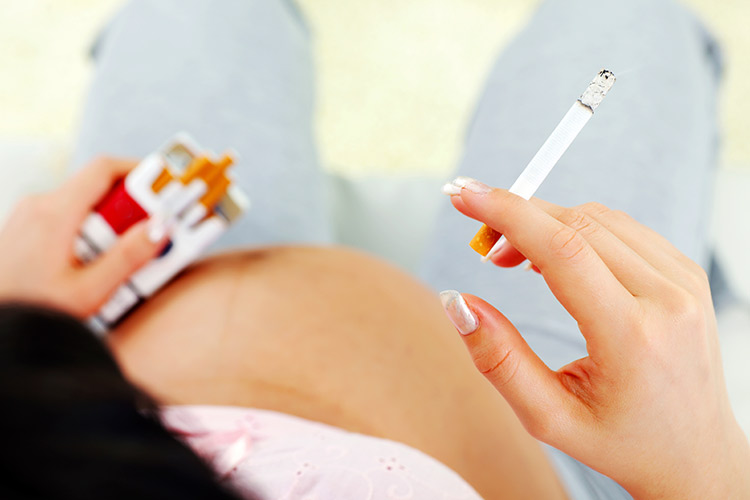 Because smoking is a well-known risk factor for kidney failure in adults, a team led by Koji Kawakami, MD, PhD, Maki Shinzawa, MD, PhD, and Motoko Yanagita MD, PhD (Kyoto University, in Japan) wondered whether maternal smoking during pregnancy might affect children’s kidney health. The researchers conducted a population-based retrospective study using a database of health check-ups from pregnancy to 3 years of age in Japan. The investigators looked for the presence of proteinuria — or elevated protein the urine, which is a sign of reduced kidney function — in urinary tests from 44,595 children.

“Maternal smoking during pregnancy is known to be associated with preterm birth, low birth weight, and neonatal asphyxia. The findings from this study suggest an additional adverse effects of maternal smoking during pregnancy,” said Dr. Kawakami. “Prevention of child proteinuria is important since child proteinuria can lead to development of chronic kidney disease in adulthood and ultimately end stage renal disease.”