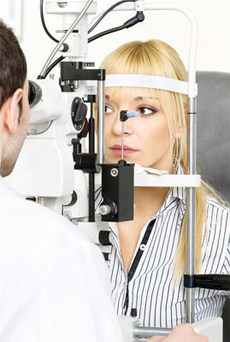 (Ivanhoe Newswire) — New research led by Dr. Robert Hess from McGill University and the Research Institute of the McGill University Health Centre has discovered that the video game Tetris can be used as an approach to treat adult amblyopia, also known as lazy eye. The research published in Current Biology explains that by distributing information between the two eyes, the video game trains both eyes to work together instead of the previous patching treatment for the condition.

The researchers tested a sample of 18 adults with amblyopia. Nine participants played the game monocularly with the weaker eye, while the stronger eye was patched. The other nine played the game dichoptically, where each eye was allowed to view a separate part of the game. After two weeks of playing the game, the dichoptic group showed dramatic improvement in the weaker eye and in 3-D depth perception. The monocular group had showed only a moderate improvement. This treatment will be tested in children later this year in a clinical trial across North America.

For more information go to: http://muhc.ca/.