Underweight and obese women who also drank alcohol and smoked tobacco had a two-fold higher risk of being diagnosed with asthma than women with a healthy body mass index who did not drink or smoke, a St. Michael’s Hospital study found. 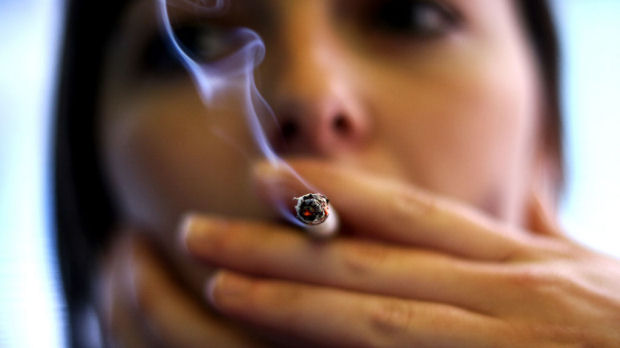 Women with low and high body mass indexes, or BMIs, who smoked and drank were also two to three times more likely to experience wheezing.

Asthma is a respiratory condition where spasms in the air pathways of the lungs cause difficulty breathing; usually triggered by an allergy or sensitivity in the environment. Asthma is a global health priority due to the extent and duration of disability, affecting 334 million people worldwide.

The study, published this week in BMJ Open Respiratory Research, is the first to assess the combined effects of BMI, smoking, drinking alcohol and solid fuel use on the risk of developing asthma. The research included data gathered between 2002 and 2004 from approximately 175,000 people aged 18 to 44, across 51 countries.

“Although individual physical and behavioral factors associated with asthma have been examined before, people are often exposed to multiple risk factors so it’s important we understand the combined impact,” said Dr. Jayadeep Patra, lead author of the study and an epidemiologist at the Centre for Global Health Research of St. Michael’s Hospital. “Our research found overall increased risk for wheezing and asthma in both men and women, but the magnitude of the combined effects from low or high BMI, smoking and drinking was consistently higher among women than men.”

Men showed higher prevalence of smoking and use of alcohol than women, but more women had unhealthy BMIs (underweight or obese) than men, highlighting the greater impact of female BMI as a risk factor.

Dr. Patra also noted there are significant variations in diagnosed asthma between countries, with increasing rates found in low-income and middle-income countries, potentially because of higher exposure to multiple risk factors, including the use of solid fuel.

In low and middle-income countries, solid fuels such as dung, charcoal or wood are used for cooking and are common in many households. These fuels are known to contribute to higher risk of developing respiratory and cardiovascular disease, compared to individuals who cook with gas or electric devices.

“In recent years, the rising health and economic burden of non-infectious respiratory diseases such as asthma have presented a significant challenge to public health,” said Dr. Patra. “Respiratory illnesses are complex, with multiple genetic, environmental and behavioural risk factors that vary across regions and affect particular populations in different ways.”

Dr. Patra said the combined effects of identified risk factors have not been sufficiently studied as of yet, with many questions still unanswered. For example, exposure to air pollution or second-hand smoke in lower income countries could contribute to higher rates of asthma and respiratory issues, but this information was not available during the current study. Also, countries with higher male smoking rates such as India or Bangladesh could effect on higher asthma and wheezing rates as a result of more exposure to second-hand smoke.

“The impact of these factors combined on wheezing symptoms and diagnosed asthma calls for greater emphasis on collaborative — rather than isolated — efforts to reduce their exposure,” said Dr. Patra. “The impact on the working population specifically is equally important, which points to another potential area of focus for future intervention strategies.”