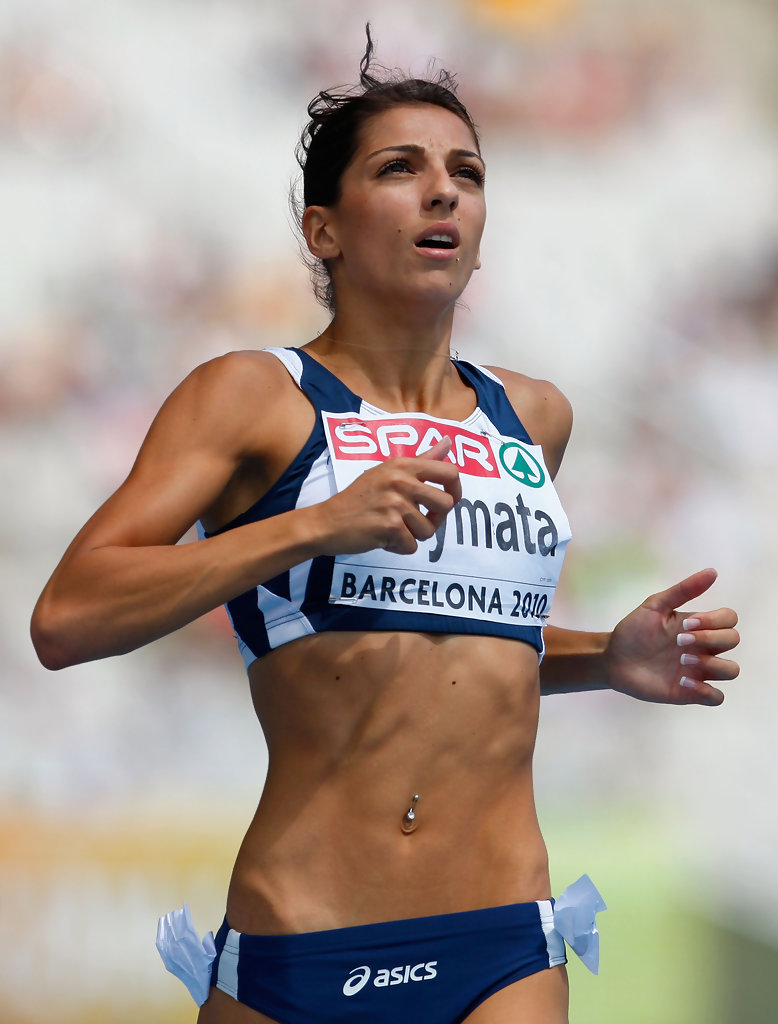 Eleni Artymata- (Cyprus, Greece) runner 200m: Eleni Artymata was born on May 16, 1986 in Paralimni. She is a track and field sprint athlete, who competes internationally for Cyprus.

Artymata represented Cyprus at the 2008 Summer Olympics in Beijing. She competed at the 200 metres, where she reached the second round. She won two medals, a gold in the 200 m and a bronze in the 100 m at the Mediterranean Games in Pescara. She also won two gold at the 2005 Games of the Small States of Europe.

At the 2009 World Athletics Championships, she reached the final of the 200 metres, where she finished 8th. She recorded her personal best in the 200 m of 22.64 seconds in the semi finals of the same event.

At the 2010 Commonwealth Games in Delhi, India, Eleni was fastest qualifier in the 200 m women’s heats. Hours later however she was quickly disqualified when accusations were made by a rival team that she had strayed into another lane, despite officials not having seen this occur at the time and declaring her the winner of her heat. A major controversy developed in the media over whether or not she had strayed with slow motion video footage clearly showing she had not strayed, and the final was delayed repeatedly until eventually it was cancelled and moved back a day. To resolve the controversy organisers upheld the DQ on statements from rival athletes alone.