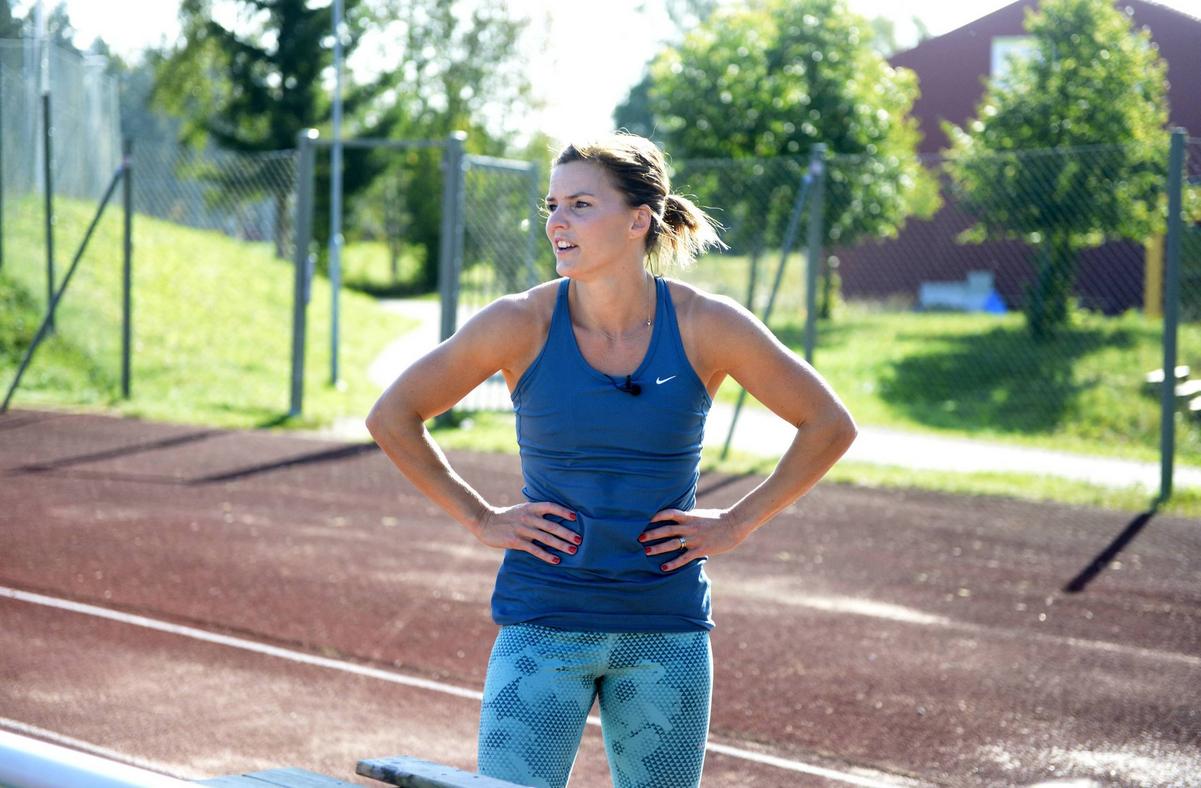 Susanna Kallur- (Sweden) 60 m & 100m hurdles: Susanna Elisabeth Kallur was born on February 16, 1981.She is a Swedish athlete competing mainly in sprint hurdles. She has won several international medals, including the gold medal in the 100 m hurdles at the 2006 European Athletics Championships. Kallur holds the world indoor record for 60 m hurdles.

Kallur made a breakthrough by winning the 100 m hurdles at the 2000 World Junior Championship. She then initially failed to make an impact on senior competition, failing to make the final of two World Championships and then the 2004 Olympic Games. She improved her personal best to 12.67 seconds.

Kallur retained her title at the 2007 European Indoor Championships. She finished only fourth in the 100 m hurdles at the 2007 World Championships in Osaka, despite running a personal best of 12.51s. However, the Swedish team had grounds for appeal, as eventual winner Michelle Perry had crossed over into Kallur’s lane. Indeed they did register an appeal, but after the time limit had elapsed. After the World Championships, Kallur won the three remaining Golden League events in Berlin, Zürich and Brussels, posting a personal best in the German capital and beating Perry in all three races.

After posting several fast times throughout the beginning of the 2008 indoor season, Kallur broke the 60 m hurdles indoor world record, posting a time of 7.68 at a meeting in Karlsruhe, Germany on February 10, 2008. Kallur was then the clear favourite for the World Indoor title in Valencia and won her heat in 7.87 seconds, but did not start the semi-finals, pulling out injured.

She fell at the first hurdle of her semi-final of the 100 m women’s hurdles event at the 2008 Olympic Games. She missed the entirety of the 2009 season through a stress fracture injury. She had surgery on her shin in late 2008 and, although she had a metal plate removed in June 2009, she declared herself unfit for the 2009 World Championships.

She briefly returned to competition in 2010 running a time of 12.78 in New York City to finish seventh and coming fourth over 100 m hurdles in the European Cup in the 1st Division. However, she was again sidelined from athletics in 2011. She had hoped to compete at the World Championships but did not recover from injury in time. She resumed training in August at a low-intensity, saying that she wants to run in the Olympics in 2012.

Born February 16, 1981 in Huntington, New York, U.S., Kallur is now a resident of Falun, Dalarnas län, and trains with Falu IK. Her twin sister Jenny, who is 4 minutes older, is also a 100 m hurdler. They are daughters of the ice hockey player Anders Kallur, who won four Stanley Cup championships with the New York Islanders, and his wife Lisa.

As she was born in the USA, she has dual-citizenship. She studied at and competed for University of Illinois at Urbana-Champaign.

In January 2007 she won the Jerring Award, voted by the people of Sweden to be the best sports person or team in Sweden at the time.

Number two in the vote was the Swedish national men’s ice hockey team, which won Olympic gold and World Championships in 2006.

Susanna and her twin sister Jenny have also done gymnastics and used to be members of the Swedish Junior National Team.