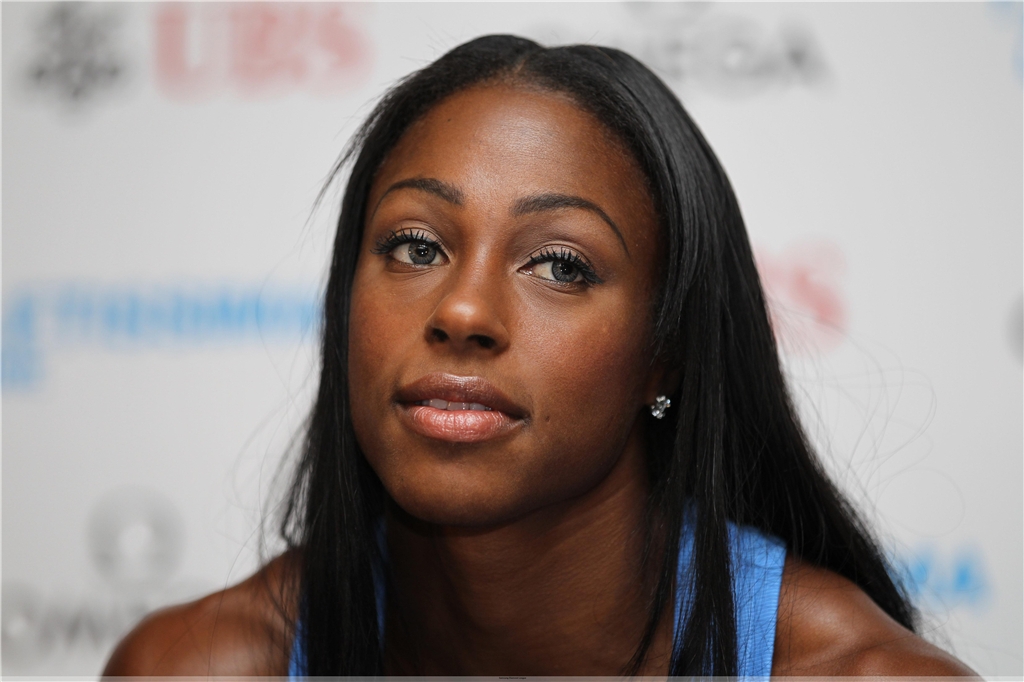 Danielle Carruthers- (USA) 60 m & 100 m hurdles: Danielle Carruthers was born on December 22, 1979. She is an American hurdler who first became well known on the Indiana University track team. She had won the 60 metres hurdles at the 2005 and 2006 NCAA Women’s Indoor Track and Field Championships.

Her personal best time is 12.47 seconds, achieved in September 2011 in Daegu, South Korea, where she won siver medal.

Carruthers finished second behind Sally Pearson of Australia at the World Athletics Championships in 2011, in the 100 metres hurdles where Carruthers set a new personal best of 12.47 in front of compatriot Dawn Harper, the reigning Olympic champion at the event. It was there that Pearson set a new personal best and set the championship record of 12.28, which is the fourth fastest time of all time ever run by a woman.