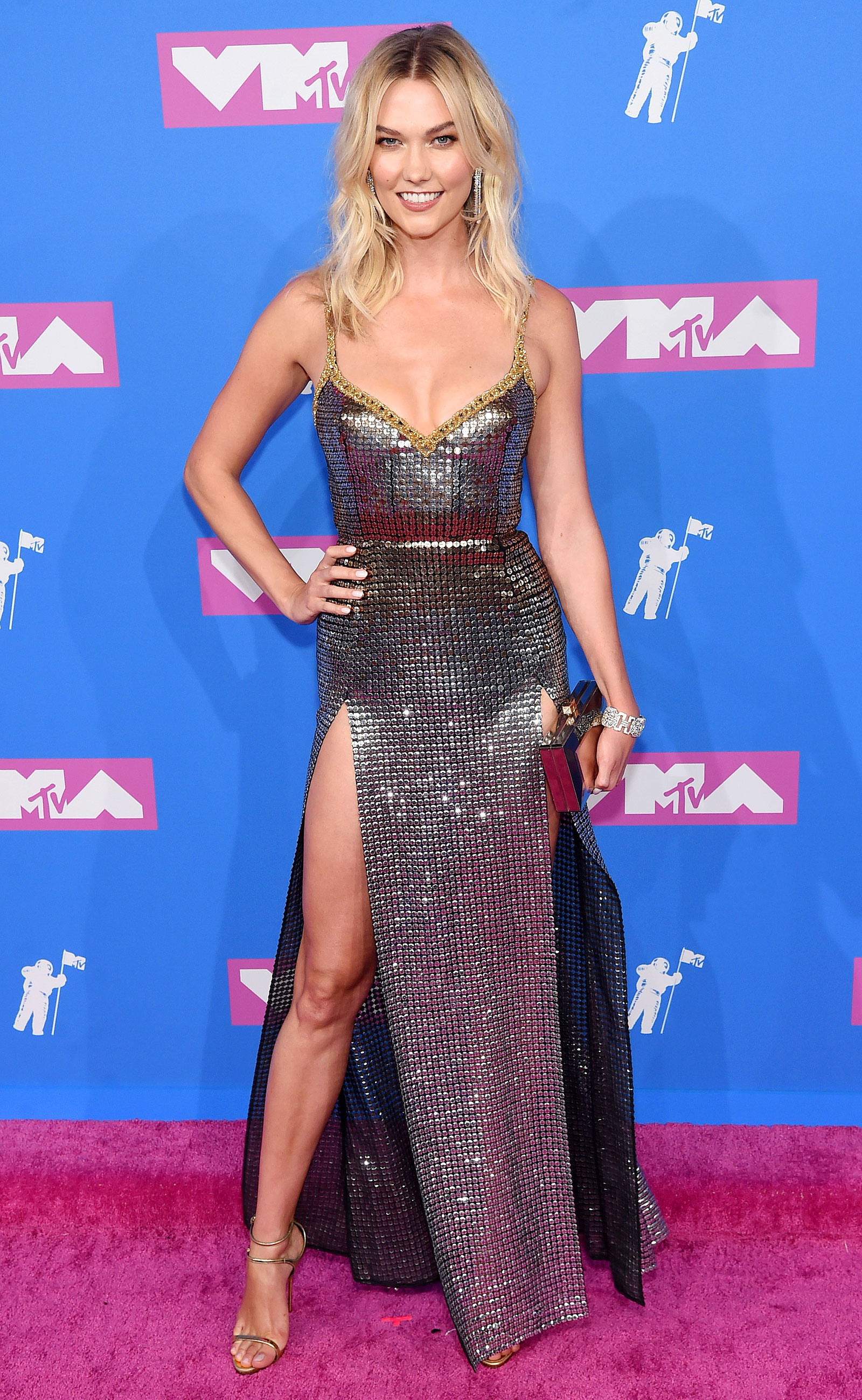 Karlie Elizabeth Kloss is an American fashion model. Kloss is ranked second on the Top 50 Models Women list by Models.com. Vogue Paris declared her one of the top 30 models of the 2000s. She is a Victoria’s Secret Angel.

Kloss was born in Chicago, Illinois, the daughter of Tracy and Kurt Kloss, an emergency physician. She has three siblings, Kristine, and twins Kimberly and Kariann. She moved to St. Louis, Missouri, with her family, in 1994. Kloss has called her classical ballet training “a beautiful thing” that taught her how to move in the modeling world and was a great training ground for her runway walk. Kloss was “discovered at a local benefit runway show”. She attended Webster Groves High School.

An American beauty originally from Chicago, then from St Louis Missouri, United States. Discovered at a charity fashion show in a mall in St. Louis for a friend who was battling cancer. Now based in NYC, Karlie studied ballet which explains her grace on the runway and her popularity among the designers. Close friends with fellow model Jourdan Dunn and Karmen Pedaru. Has a puppy named Joe.

At the beginning of her career in 2006, Kloss posed for photographer David Leslie Anthony for a 12-page editorial and cover for Scene Magazine in Chicago. Elite Chicago then forwarded these tear sheets to Elite NY, who then brought Kloss to New York.

One of her first modelling stints was for Abercrombie when she posed for the brand’s photography shot by Bruce Weber. In January 2008 she left Elite and signed with NEXT Model Management. She ended up walking 31 runways in New York Fashion Week notably, closing for Marc Jacobs, opening Carolina Herrera, and occupying both spots at Doo.Ri. After New York she went on to walk 20 shows in Milan, and 13 in Paris for the fall 2008 collections, with a total of 64 shows in a single season. Kloss found herself in the middle of a legal dispute when her former agency Elite Model Management sued NEXT Model Management for allegedly stealing its young star by offering her “improper compensation” to sign. Elite felt they were responsible for launching her career and booked much work for her. The case was eventually settled out of court. 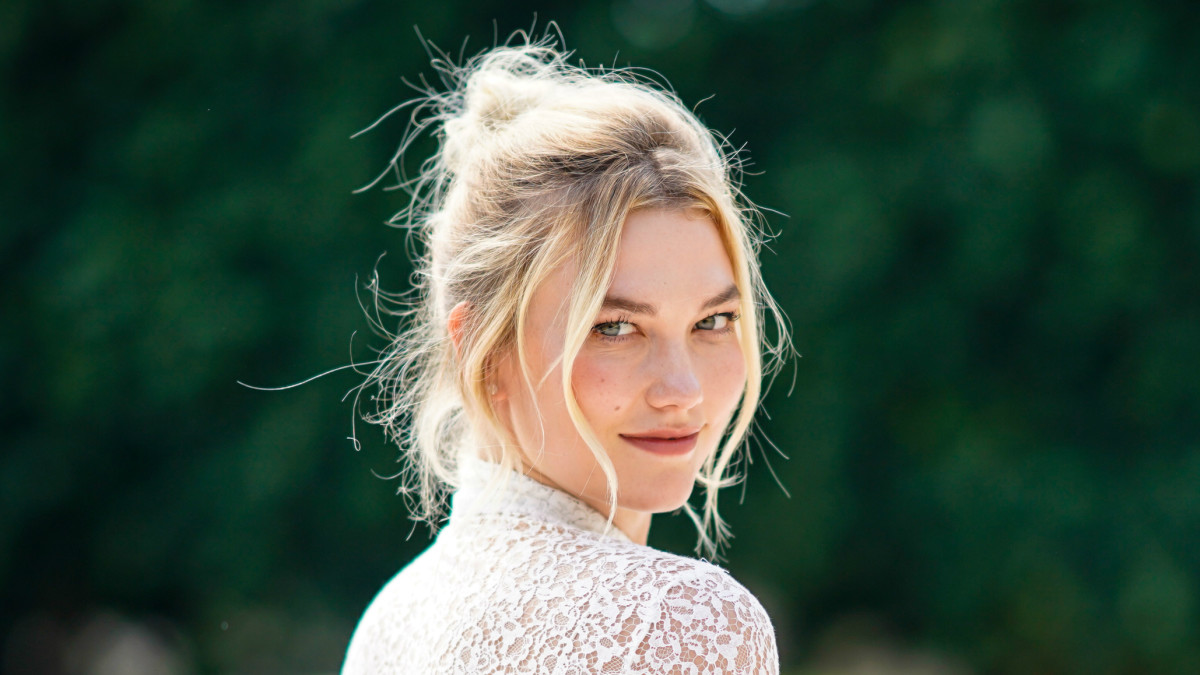 After four years of being represented by Next Model Management, Kloss is now signed with IMG Models. “Karlie has an immense and loyal following, and we welcome the opportunity to help expand her relationships through endorsements as well as our global network that reaches beyond fashion”, said Ivan Bart, IMG Models’ senior vice president and managing director. 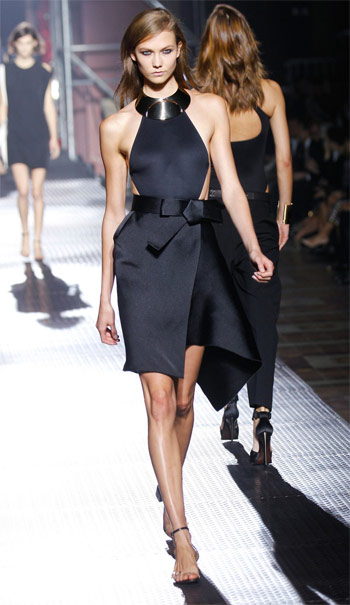 Her runway walk, one of the most unique, is often described as powerful. In February 2011, supermodel Tyra Banks stated that Kloss was one of her favorite models because of her “unique, atypical beauty”. In 2011 Kloss renewed her contract with Christian Dior for the third season in a row. The same year, she made her debut in the Victoria’s Secret Fashion Show. In 2012 Kloss is featured on the September covers of British Vogue, Japanese Vogue, Harper’s Bazaar Russia, and Numéro. She appeared in the campaign ads of Juicy Couture, Stefanel, Elie Saab, and Jean Paul Gaultier. She co-hosted with the revival of the MTV series House of Style with fellow model Karlie Kloss. She also appeared in that year’s Victoria’s Secret Fashion Show.

In 2013, Kloss was the face of Donna Karan, Lacoste, and Lanvin campaigns. Kloss worked with Victoria’s Secret on their 2013 summer swimwear video. She was also the red carpet host of the 2013 MTV Movie Awards pre-show. In April, Kloss starred alongside Daria Strokous, Jac and Iris Strubegger in Louis Vuitton’s Alma bag campaign.

Her hobbies include baking cookies, biking, and ballet. In collaboration with Momofuku Milk Bar, she created a special recipe called Karlie’s Kookies, which she sold in DKNY Soho during Fashion’s Night Out in New York City, with proceeds benefiting hungry children around the world (through FEED Projects). She calls it a “Perfect 10 Cookie”, because it contains dark chocolate and almond oat (dairy-free, gluten-free, and no sugar added).

Models.com says ‘Just when you think you’ve got Karlie Kloss figured out the beauty from St. Louis surprises you. When you thought she was just a high fashion princess Karlie comes along and scoops up every money client. When you think she’s the cute girl next door she opens up and shows Vogue Italia her sexy, powerful side. Karlie’s versatility and endless drive have impressed everyone in the business – you gotta love a girl who can make Anna Wintour smile – and given that clients like Dior, Donna Karan and Oscar de la Renta are clamoring for Ms. Kloss’ attention, we’re sure to be seeing her around for a long time coming’.