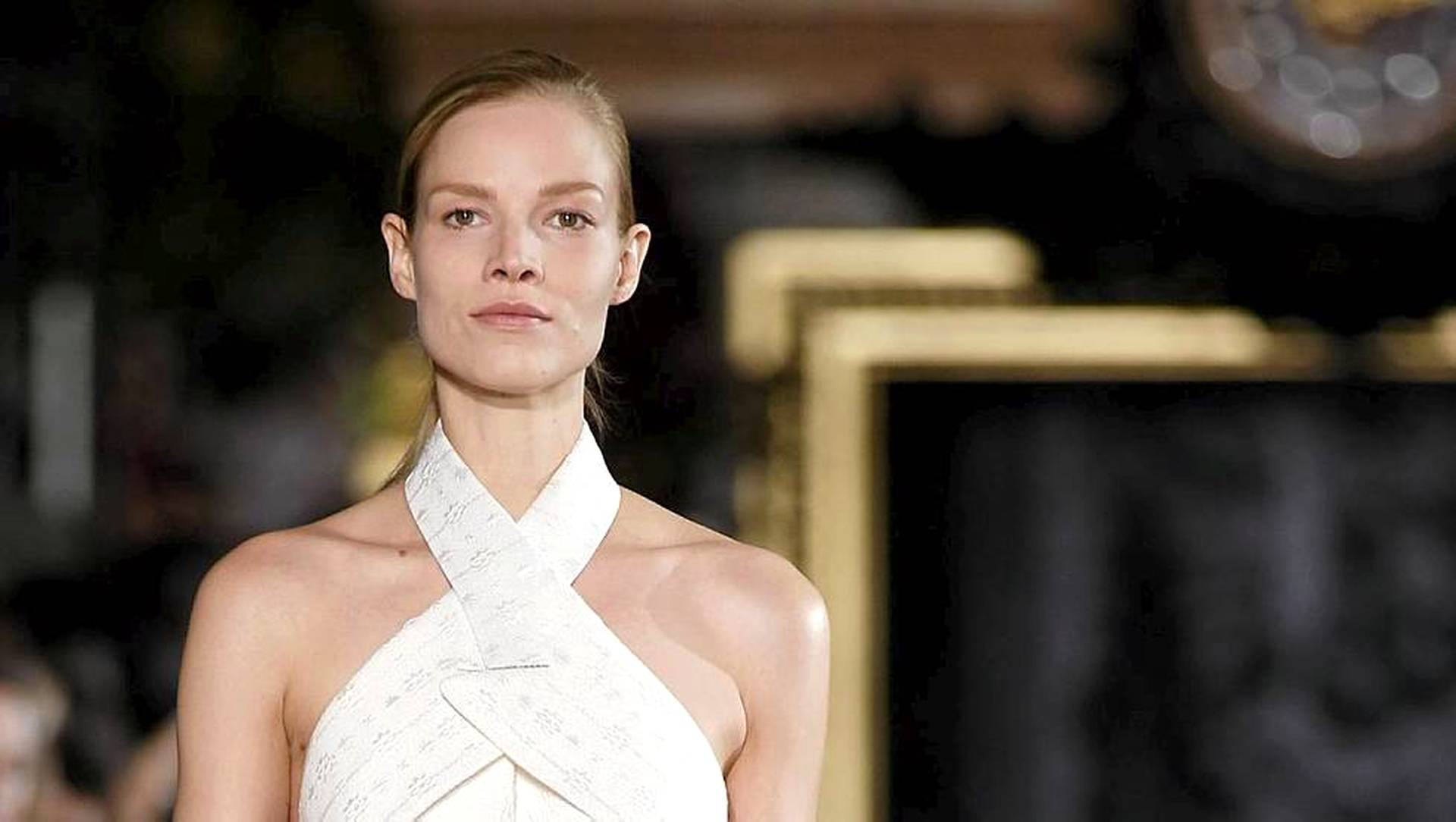 Suvi Maria Koponen is a Finnish fashion model who rose to fame after winning the 2005 Mallikoulu (Model School in English) contest in Finland.

Koponen has established a credible modeling career. She has worked for numerous designers including Anna Sui, Vera Wang, Marc Jacobs, Donna Karan, Anne Klein, Blumarine, Miu Miu, BCBG Max Azria, Calvin Klein, Louis Vuitton, Nina Ricci and Prada. Koponen has also had an editorial in the French Vogue shot by David Sims. Koponen has also appeared in the American Vogue and made the cover of Vogue Portugal in March 2008.

In 2005 Koponen won the televised Mallikoulu (“Model School”) contest. She got a model contract with Italian top Model Agency Women. Koponen made her runway debut at the major Fashion Weeks during the Fall/Winter 06/07 runway season, but it was not until the following season that she truly broke out, walking exclusively for Prada and Miu Miu. Paul Rowland , the founder of Supreme, met Suvi for the first time in New York. He designed a unique hairstyle for her and famously told Miuccia Prada: “I have got a new star for you.” She was also on the cover of Finnish magazine Pàp in November 2005 and also in 2006. Later the same year, she appeared on the cover of Amica magazine (Germany) and in print ads for Anteprime. After 2006 Koponen became recognised internationally.

In 2007 Koponen appeared in five editorials for French, British, Italian, and American Vogue. She became the face of Balenciaga fall campaign and replaced Natalia Vodianova as the face of the Calvin Klein collection. In February 2007 she walked the runways for Chanel, Hermès, Jil Sander, and Nina Ricci, among others. She appeared on cover of French Vogue Beaute and opened the Jill Stuart, Marc by Marc Jacobs, and Marni fashion shows and closed the Nina Ricci show in Paris. She appeared on cover of Dazed & Confused in April 2007. In fall 2007 she became the face of Blumarine spring ad-campaign alongside Bette Franke and starred in the Mulberry fall ad-campaign alongside Caroline Trentini. In fall 2008 Suvi was the face of Calvin Klein in a campaign shot by Fabien Baron.

In August 2007 New York Magazine chose “The Top Ten Models to Watch This Fashion Week” and placed Koponen on third. In September 2007 she was named one of British Vogue’s “Head Girls,” a model to watch out for in the upcoming season. She also opened the Reem Acra spring show in New York and closed the Carolina Herrera, Jill Stuart and DKNY spring shows in New York. Later that month she opened the Alberta Ferretti, Anna Molinari, Fendi and Just Cavalli shows in Milan and closed the Alberta Ferretti, Alessandro Dell’Acqua and Roberto Cavalli shows also in Milan. 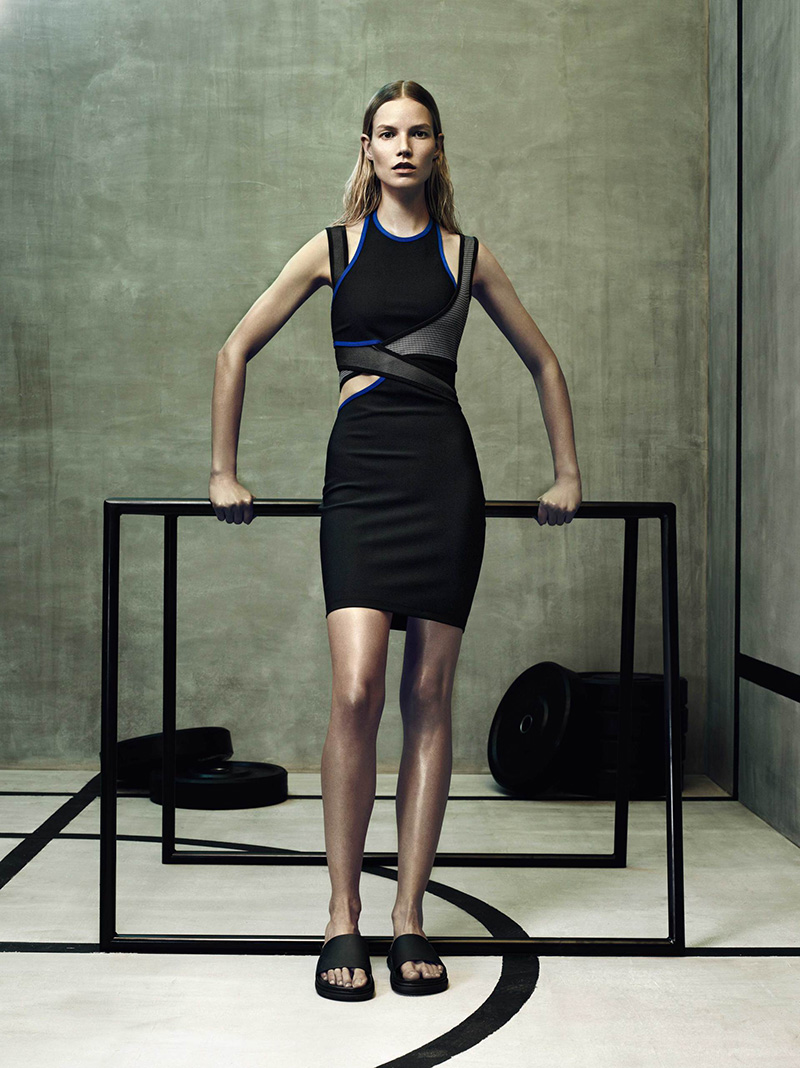 In February 2008 Mtv3 aired a documentary about her and Koponen said that she doesn’t “care about weight things, but it’s more important to me that I’m happy and I feel good. What happens to my body is going to happen and people have to live with that or I’ll quit this job.” Koponen also became the face of Blumarine again.

Finnish professionals Outi Broux and Riku Campo ranked her number one on their Finland’s most successful models list. “Since the 70-80’s no one has been as successful as Suvi,” Outi said simply.

“It really annoys me that people think every model has an eating disorder, and every model is dumb. Most of the girls are naturally skinny, like me. I don’t have to watch what I eat. I love eating! Especially ice-cream and salty snacks.”
Koponen has “5” tattooed on the middle of her back, both the number of people in her family and her lucky number. She also has the text “imported” tattooed under her chest, three lines on her left wrist and “Cat” on her right hand, which stands for her model friend, Catherine McNeil.
To prepare for fashion week, she said, “I slept! A lot! It’s just really important to get a lot of rest. I have to mentally prepare myself, too. I have to be like, ‘Suvi, it’s only a month. You’ll be ok.’ That really helps.”
Her favorite place is the Maldives, where she shot a British Vogue editorial. Koponen is married to model turned actor Tyler Riggs She currently resides in Sherman Oaks, California

Models.com says ‘Once again, Suvi is the name on everyone’s lips. Out of nowhere Mrs. Riggs managed to score that coveted Calvin contract, a fragrance campaign and the cover of Vogue Paris’ March edition. The momentum just keeps building and we forsee the rise of a true high fashion power player’.