Gender equality and womens empowerment :The situation in Liechtenstein 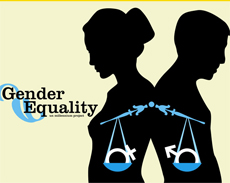 Looking back at implementation since 1998
Focus areas since 1998 have been, inter alia, politics, employment, compatibility of family and employment, violence against women, education and continuing education of girls and women.
Through the adoption of the Gender Equality Act (1999), the legal basis was provided for the Gender Equality Commission and the Office of Gender Equality. A public campaign presented the core points of the Act to the population: The Act holds that employees may not be
discriminated against on the basis of gender, either directly or indirectly, in particular also not on the basis of marital status, family situation, or pregnancy. This prohibition applies especially to hiring, assignment of duties, working conditions, remuneration, education and continuing education, promotions, and dismissals. The Gender Equality Act further contains a right of group action, a reversal of the burden of proof, a protection against revenge firings, and financial support for programs and counseling services. The provisions of the Gender Equality Act apply to all employment relationships under private and public law.
The brochure published in 1997 on sexual harassment at the workplace was revised in 2001 and newly issued. The brochure was sent to about 250 workplaces in Liechtenstein as part of the Campaign on the Gender Equality Act (2001).
Similarly, the revised law on separation and divorce (1999) was a significant measure for de facto gender equality. Legal rights to future pension payments were included for both parties.
The division of rights to pension plans in the event of divorce was also included in the laws on employee pension plans (2001). This has eliminated indirect unequal treatment, especially for women. Furthermore, the legal age of marriage was harmonized for both women and men.

Further milestones for an improved social position of women included the adoption by Parliament of the law on sexual offenses (2001) and the law on protection from violence (2001).The revision of the law on sexual offenses primarily incorporated acts against sexual selfdetermination and other sexual offenses. New criminal offenses include rape in marriage and sexual harassment. The core of the law on protection from violence includes the right to expel aggressors from the household and the prohibition of reentry. An interregional survey conducted in 2003 (Vorarlberg/Austria, Graubünden/Switzerland, and Liechtenstein, as part of an Interreg
project) on violence in marriage and partnerships identified a number of fields of action for measures against violence in these areas. As part of the project, an awareness-raising campaign and information events were also held. A continuing education event for the nursing staff of the National Hospital in Liechtenstein was also conducted. At the end of the project in May 2004, a guideline for relatives and friends was published, including an emergency card in different languages.
The adoption of a Victims Protection Act is in preparation and was considered by Parliament in first reading in April 2004.
The Second Liechtenstein Womens Congress (2001) was dedicated to the topics of Family,Employment and Compatibility of Family and Employment. Like the first Congress in 1999 on 15 years of womens franchise, the second Congress was also a success, with about 150
participants.
At the beginning of 2004, parental leave and special leave in the event of illness or accident of relatives were introduced.Education was the topic of a Career Impulse Year (2000). The first part of the year focused on young women newly entering the workforce. The goal was to convey the importance of a good education and continuing education to young women and to enlarge their career spectrum with
respect to gender-specific career choices. The awareness of parents and teachers was raised for equal opportunity in career counseling. The second part offered seminars on the topics of reentering the workforce and new career orientation, in cooperation with various organizations.
An Interreg study (2001) analyzed the career choice behavior of girls in Liechtenstein, St. Gallen (Switzerland), and Vorarlberg (Austria). The empirical study Optimal planning and execution of reentry into the workforce, conducted in 2001, led to the publication of a Guideline for Businesses (2002) and a Checklist for Women Reentering the Workforce (2002). The Gutenberg Educational House received financial support in 2003 pursuant to the Gender Equality Act for conducting a course for women in the family phase. The Educational Association for Women received financial support in 2001 for a situation analysis of young enterprises, conducted as part
of a project on Young Women Entrepreneurs and Businesswomen.The goal of the expert conference on Girls Rooms  Boys Dreams (2002) was to motivate kindergarten teachers and early primary school teachers with respect to gender-sensitive instruction. In 2003, the lecture series Neither macho nor sissy was conducted for parents and teachers. A survey on job sharing in kindergartens and primary schools was also conducted (2002) and a guideline on job sharing in kindergartens and primary schools published (2003). A
survey on separate education of girls and boys in kindergarten, primary schools, and continuing schools followed in 2003.
The promotion of balanced representation of women in all political organs was supported with a wide variety of measures. In 2000, a study on women in politics in Liechtenstein was conducted.
The goal of the study was to make factors apparent that encourage or discourage women with respect to entering politics. A catalogue of measures was drafted based on the findings of the study. Implemented recommendations include courses (media, power training, government,politics), a checklist for parties (2002), and a campaign for motivating women to run for political office and for raising the awareness of male and female voters (2001). A mentoring program (2003) was also made available. The program targeted women active in municipal executive bodies or considering a campaign for a municipal council.
To promote gender equality, the Equal Opportunity Award was created and has been granted each year since 2000. Alternating annually, either an organization or an enterprise in Liechtenstein is awarded the prize. Individuals may also compete for the award. The objective of the award is: raising the awareness of the public for womens issues and family work; motivating enterprises to create conditions friendly to women and families; honoring private initiatives leading to the improvement of the situation of women and of equal opportunities; recognizing individuals who are personally or scientifically engaged on gender quality issues; and documenting the active engagement of the Government on behalf of gender equality.
The following organizations and enterprises have been awarded the prize so far: The project Women Migrants of the Information and Contact Office for Women (2000); the project Young Women Entrepreneurs and Businesswomen of the Educational Association for Women (2001); the project APIS (AIDS Prevention in the Sex Industry) of the Liechtenstein AIDS Center (2002); Swarovski AG as the enterprise most friendly toward women and families in Liechtenstein (2003); and the project Family circus contrastino of the Contrast Institute (2004).
The next award will be announced in September 2004. For the second time, this years award will be granted to an enterprise in Liechtenstein.
An important topic has been the networking of womens organizations (women in governmental and non-government organizations and parties). The Liechtenstein Womens Network now encompasses 16 organizations and meets regularly to exchange information about its work, to organize projects like the Womens Congress, the International Day of Women or also to prepare the 20th anniversary in 2004 of womens franchise in Liechtenstein. Opinions on draft legislation are also discussed jointly.
Networking across borders is also pursued intensively. The Office of Gender Equality organized the conferences (1998 and 2003) of the gender quality women of Eastern Switzerland and Liechtenstein and a continuing education conference on Mentoring in 2002.
An example of the successful, and also interregional, networking of womens organizations and NGOs is the website www.3laenderfrauen.org.