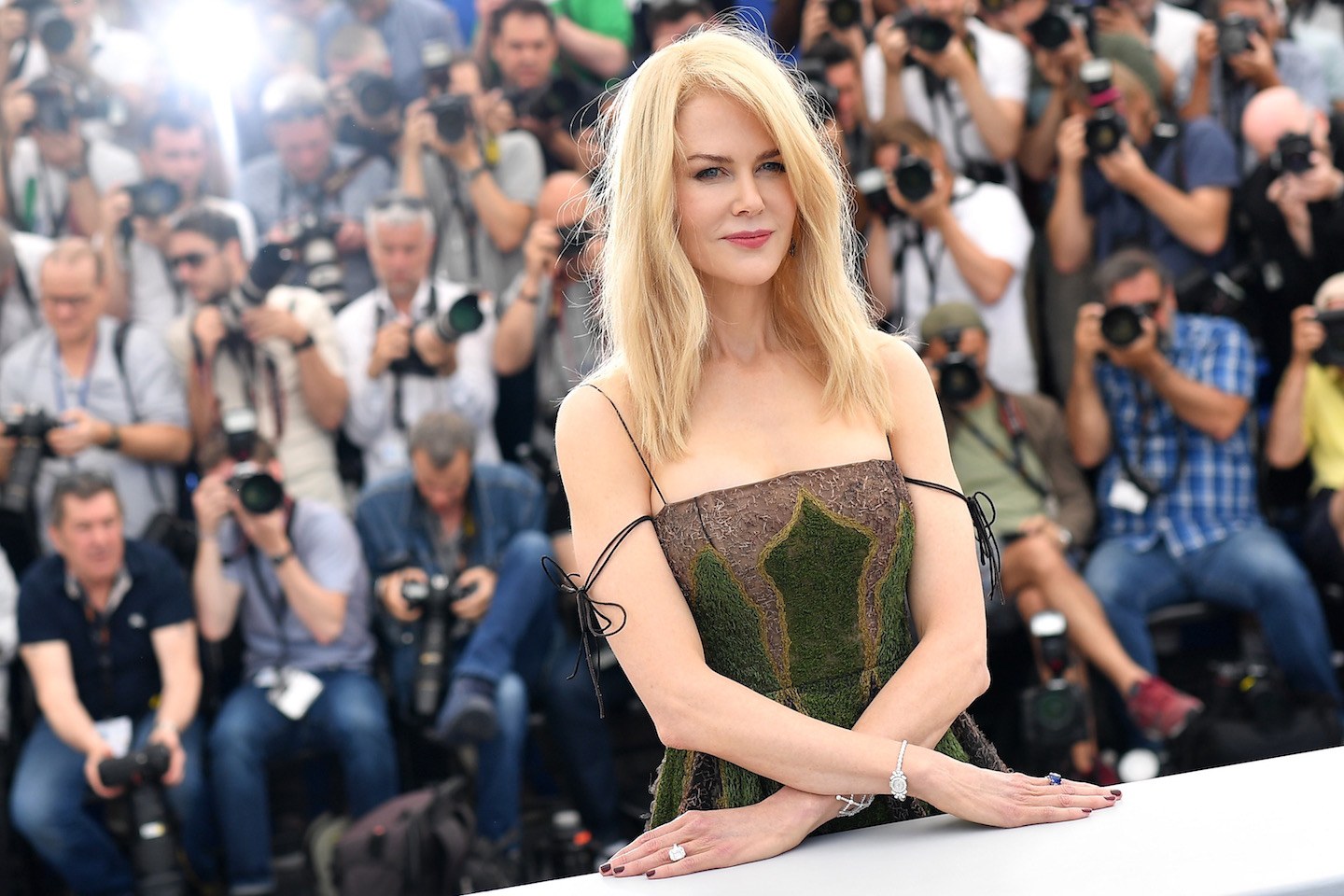 Nicole Kidman, Age 45 Years : Nicole Mary Kidman was born on 20 June 1967. She is an Australian-American actress, singer and film producer. Kidman’s film career began in 1983. She starred in various Australian film and television productions until her breakthrough in the 1989 thriller Dead Calm. Following several films over the early 1990s, she came to worldwide recognition for her performances in Days of Thunder , Far and Away , and Batman Forever. She followed these with other successful films in the late 1990s. Her performance in the musical, Moulin Rouge! earned her second Golden Globe Award and first Academy Award nomination for Best Actress. Her performance as Virginia Woolf in the drama film The Hours received critical acclaim and earned Kidman the Academy Award for Best Actress. Kidman’s other notable films include To Die For , Eyes Wide Shut , Cold Mountain , The Interpreter , and Australia . Her performance in 2010’s Rabbit Hole which she also produced, earned Kidman further accolades including a third Academy Award nomination for Best Actress. In 2012, she earned her first Primetime Emmy Award nomination for Outstanding Lead Actress in a Miniseries or a Movie for her role in Hemingway & Gellhorn.

Kidman has been a Goodwill Ambassador for UNICEF since 1994 and for UNIFEM since 2006. Kidman’s work has earned her a Star on the Hollywood Walk of Fame, three Golden Globe Awards, one BAFTA, and an Academy Award. In 2006, Kidman was made a Companion of the Order of Australia, and was also the highest-paid actress in the motion picture industry. As a result of being born to Australian parents in Hawaii, Kidman has dual citizenship in Australia and the United States. Nicole Kidman founded and owns the production company Blossom Films.

On 17 September 2010, ContactMusic.com said Kidman will return to Broadway to portray Alexandra Del Lago in David Cromer’s revival of Tennessee Williams’ Sweet Bird of Youth, with Scott Rudin producing. On 30 August 2011 Cromer spoke to The New York Times and explained that the production will not meet its original fall 2011 revival date but that it remains an active project. In February 2011, the Los Angeles Times reported Kidman is in talks to join the cast of Park Chan Wook’s Stoker. In May 2011 it was reported that Kidman would star and produce in Spectre, a supernatural thriller directed by James Wan. The film closed major territory deals at the 2011 Cannes Film Festival. In June, Kidman was cast in Lee Daniels’ adaptation of the Pete Dexter novel, The Paperboy; she began filming on the thriller on 1 August 2011, and The Paperboy was released in 2012.

On 2 November 2011, The Hollywood Reporter reported that Kidman is attached to star in My Wild Life, a Philip Noyce-directed biopic of conservationist, Daphne Sheldrick.

Production for the project is scheduled for the first quarter of 2012.In April 2012, various sources, including Variety, announced that Kidman was in talks to star in upcoming Grace Kelly biopic Grace of Monaco. The film will focus on the 1962 crisis, in which Charles de Gaulle blockaded the tiny principality, angered by Monaco’s status as a tax haven for wealthy French subjects.Her collaboration with Ewan McGregor on “Come What May” peaked at No.27 in the UK Singles Chart. Later she collaborated with Robbie Williams on “Somethin’ Stupid”, a cover of Williams’ swing covers album Swing When You’re Winning. It peaked at No.8 in the Australian ARIAnet Singles Chart, and at No.1 for three weeks in the UK.

In 2006, while voicing a role in the animated movie Happy Feet, she provided vocals for Norma Jean’s “heartsong”, a slightly altered version of “Kiss” by Prince. Kidman sang in Rob Marshall’s movie musical Nine.

In 2002, Kidman first appeared on the Australian rich list published annually in the Business Review Weekly with an estimated net worth of A$122 million. In the 2011 published list, Kidman’s wealth was estimated at A$304 million, down from A$329 million in 2010.

In 2003, Kidman received a Star on the Hollywood Walk of Fame. In addition to her 2003 Academy Award for Best Actress, Kidman has received Best Actress awards from the following critics’ groups or award-granting organisations: the Hollywood Foreign Press (Golden Globes), the Australian Film Institute, Blockbuster Entertainment Awards, Empire Awards, Golden Satellite Awards, Hollywood Film Festival, London Critics Circle, Russian Guild of Film Critics, and the Southeastern Film Critics Association. In 2003, Kidman was given the American Cinematheque Award. She also received recognition from the National Association of Theatre Owners at the ShoWest Convention in 1992 as the Female Star of Tomorrow and in 2002 for a Distinguished Decade of Achievement in Film.