Elizabeth Hurley, Age 46 Years: Elizabeth Jane Hurley was born on 10th June 1965.She is an English model and actress. In the 1990s, Hurley became known as a girlfriend of Hugh Grant. In 1994, as Grant became the focus of worldwide media attention due to the global box office success of his film Four Weddings and a Funeral, Hurley accompanied him to the film’s Los Angeles premiere in a plunging black Versace dress held together with gold safety pins, which gained her instant media attention.

Hurley has been associated with the cosmetics company Estée Lauder for over 15 years since the company awarded Hurley her first modelling job at the age of 29. It has featured her as a representative and model for its products, especially perfumes such as Sensuous, Intuition, and Pleasures, since 1995. As an actress, her best known cinematic works to date have been as Vanessa Kensington in Mike Myers’ hit spy comedy, Austin Powers: International Man of Mystery and as the Devil in Bedazzled .Hurley owns an eponymous beachwear line.

Hurley was born in Basingstoke, Hampshire, the younger daughter of Angela Mary and Roy Leonard Hurley. Her father was a Major in the British Army; her Anglican mother was a teacher at Kempshott Infant School. She has an older sister, Kate, and a younger brother, Michael James Hurley.
Aspiring to be a dancer as a young girl, she took ballet classes and later briefly studied dance and theatre at the London Studio Centre. While in her teens, she became involved with punk fashion, dyeing her hair pink and piercing her nose. “When I was 16 – this was about 1981, 1982 – the thing to be in Basingstoke, the suburb I grew up in, was punk,” she explained. She also reportedly associated with New Age travellers in her youth.

In April 2005, Elizabeth Hurley Beach, her beachwear line that she also models every summer, was launched at Harrods in the UK. It debuted later that year in select Saks Fifth Avenue stores in the United States and other European countries. She told Tatler magazine, “I was on Necker Island for a fashion shoot and even as Richard Branson was lying back in a hammock, he was on the phone, doing deals, managing his empire. But then I thought I am never going to have even a holiday home, let alone an island, unless I start a business that I can do without disrupting Damian’s school days.” In May 2008, Hurley designed and modelled a capsule collection of 12 swimsuits for the Spanish clothes brand MANGO.Hurley has appeared three times on the cover of British Vogue. She is signed to TESS Management in London 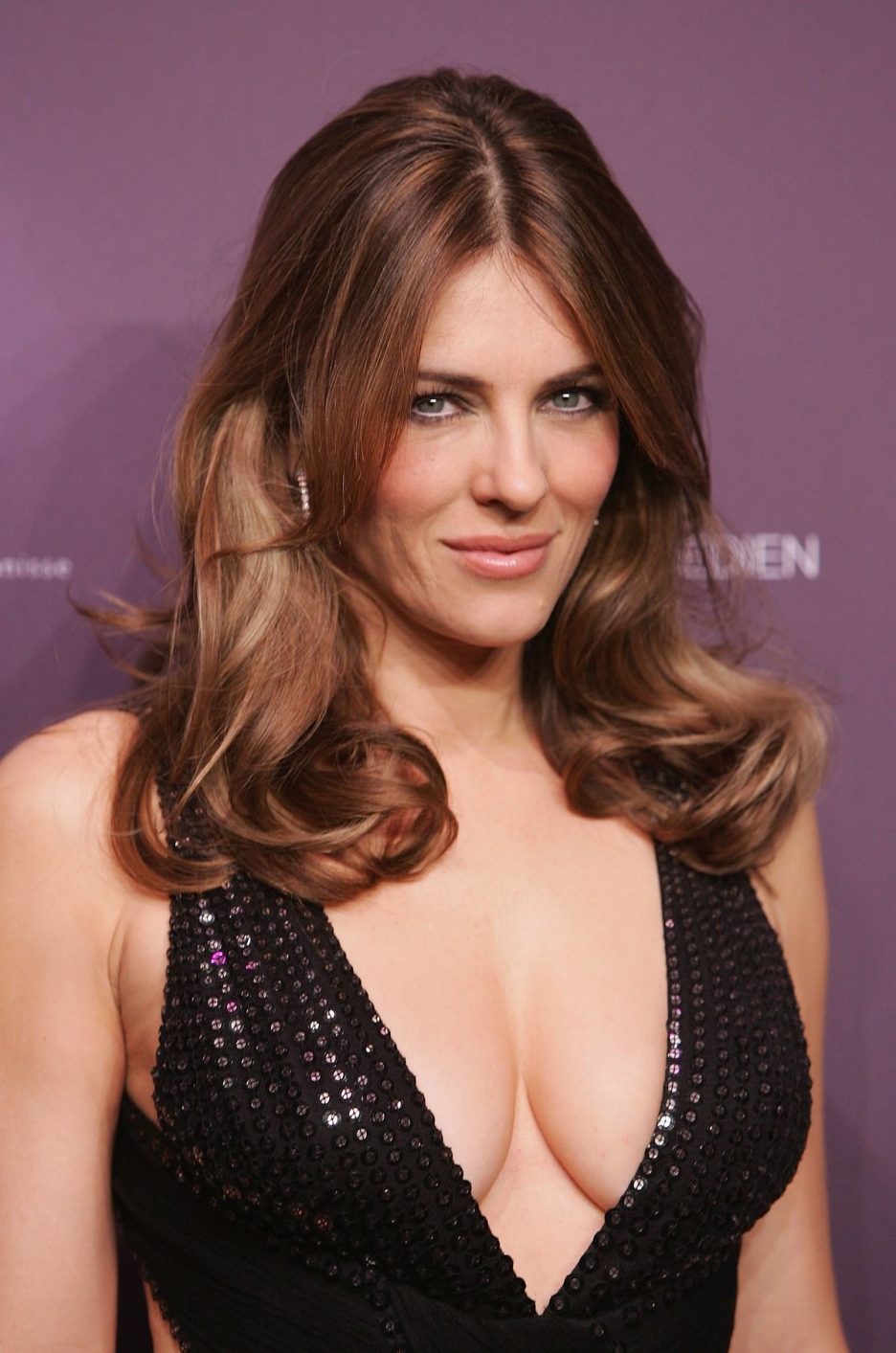 Hurley made her first film appearance in Aria . She has since appeared in the movies Passenger 57, EDtv, Bedazzled, and Serving Sara. In 1997, she received her first and only acting award, the ShoWest Supporting Actress of the Year, for her performance in the spy spoof Austin Powers: International Man of Mystery. When Hugh Grant founded and became the director of Simian Films in 1994, Hurley was credited as one of the producers for the company’s two Grant vehicles, Extreme Measures and Mickey Blue Eyes.

Hurley supported the Prince’s Trust by co-presenting the 2003 Fashion Rocks event in its aid and helping launch the Get Into Cooking youth initiative in 2004. She has also helped raise funds for End Hunger Network ARK children’s charity and the Shaukat Khanum Memorial Cancer Hospital & Research Centre.

She is a patron of the Elton John AIDS Foundation.