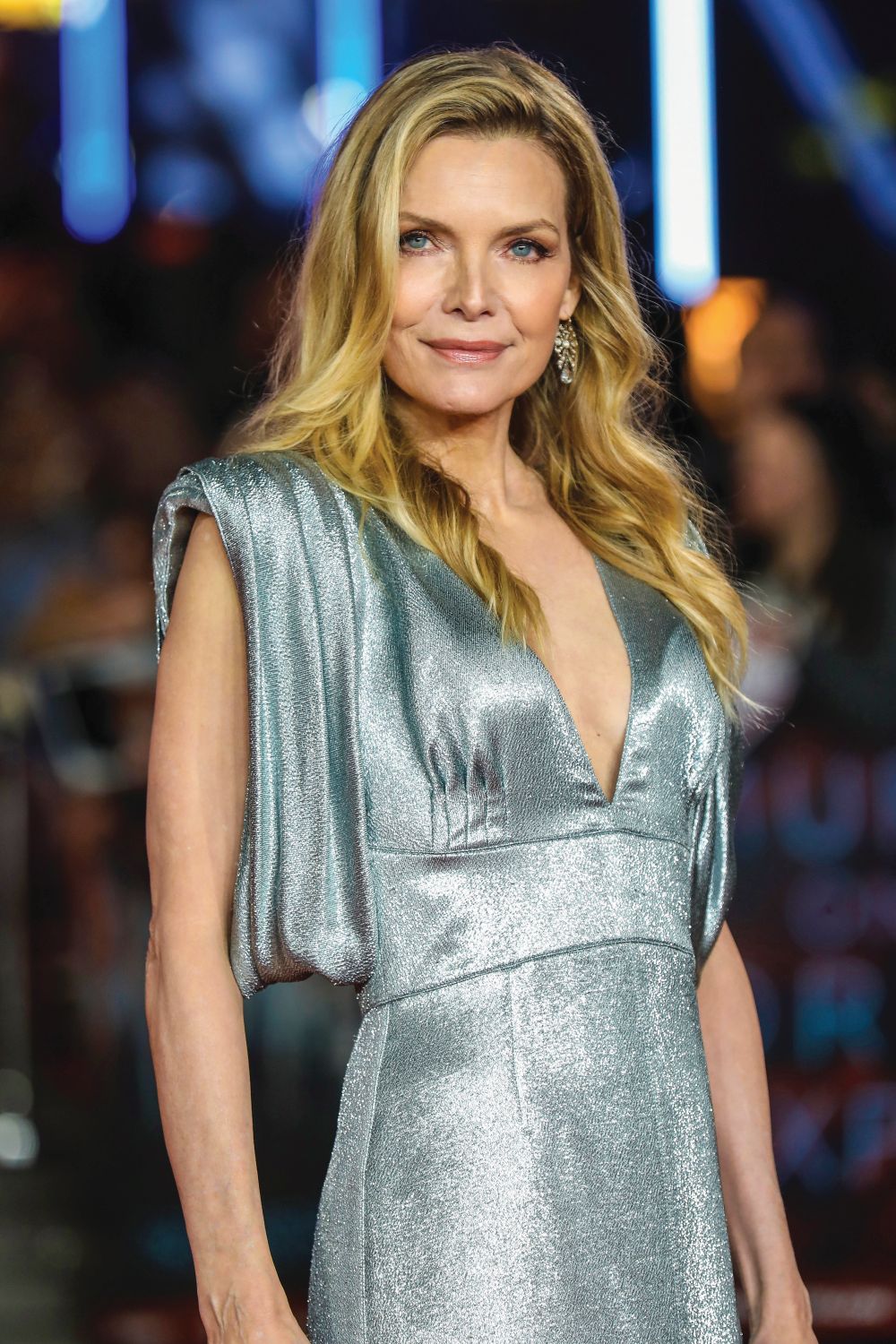 Michelle Pfeiffer, Age 54 Years: Michelle Marie Pfeiffer was born on April 29, 1958. She is an American actress. She made her film debut in 1980 in The Hollywood Knights, but first garnered mainstream attention with her performance in Scarface . Pfeiffer received Academy Award nominations as Best Supporting Actress for Dangerous Liaisons and Best Actress in The Fabulous Baker Boys and Love Field . She has had her greatest commercial successes with Batman Returns , What Lies Beneath , and Hairspray . Her other films include Ladyhawke , The Witches of Eastwick , Married to the Mob , The Age of Innocence , Wolf , Dangerous Minds , I Am Sam.

Pfeiffer was born in Santa Ana, California, the second of four children of Richard Pfeiffer, a heating and air-conditioning contractor and Donna , a housewife. She has one elder brother, Rick and two younger sisters, Dedee Pfeiffer, a television and film actress and Lori Pfeiffer . Her father was of German, Dutch, and Irish descent, and her mother was of Swiss and Swedish ancestry. The family moved to Midway City, where Pfeiffer spent her childhood. She attended Fountain Valley High School, graduating in 1975. She worked as a check-out girl at Vons supermarket, and attended Golden West College. After a short stint training to be a court stenographer, she decided upon an acting career. She won the Miss Orange County beauty pageant in 1978, and participated in Miss California the same year, finishing in sixth position. Following her participation in these pageants, she acquired an acting agent and began to audition for television and films.

The Hitchcockian thriller What Lies Beneath with Harrison Ford, was a commercial success, opening number one at the box office in July 2000. She then accepted the role of highly strung lawyer Rita Harrison in I Am Sam opposite Sean Penn. The movie received unfavorable reviews, The Seattle Post-Intelligencer wrote: “Pfeiffer, apparently stymied by the bland clichés that prop up her screechy role, delivers her flattest, phoniest performance ever”. 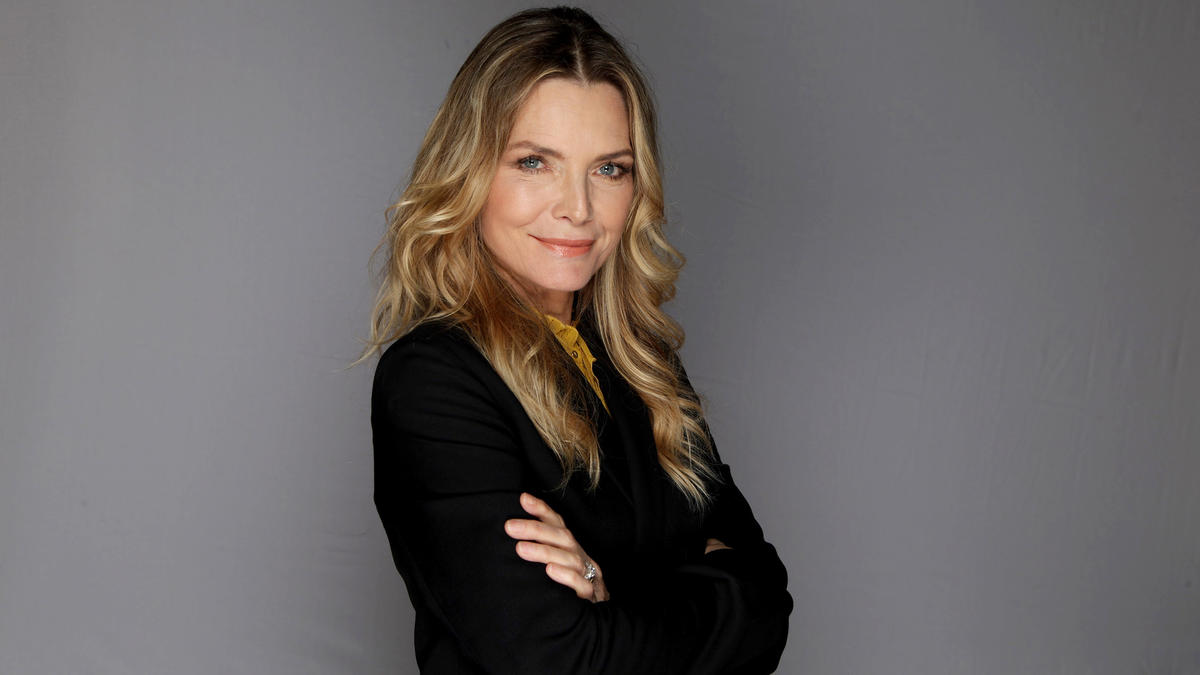 For her performance as murderous artist Ingrid Magnussen in White Oleander , alongside Alison Lohman in her film début, Renée Zellweger and Robin Wright Penn, Pfeiffer garnered a substantial amount of critical praise. Stephen Holden of the New York Times wrote that “Ms. Pfeiffer, giving the most complex screen performance of her career, makes her Olympian seductress at once irresistible and diabolical.” Kenneth Turan of the Los Angeles Times described her as “incandescent,” bringing “power and unshakable will to her role as mother-master manipulator” in a “riveting, impeccable performance.” She earned Best Supporting Actress Awards from the San Diego Film Critics Society and the Kansas City Film Critics Circle, as well as a Screen Actors Guild Award nomination.

Pfeiffer also did voice work in two animated films during this period, voicing Tzipporah in The Prince of Egypt , in which she introduced the Academy Award–winning song, ‘When You Believe’, and Eris in Sinbad: Legend of the Seven Seas Pfeiffer appeared in Garry Marshall’s 2011 romantic comedy New Year’s Eve, and appeared opposite Chris Pine in People Like Us in 2012. She starred in an adaptation of former television series Dark Shadows, directed by Tim Burton , alongside Johnny Depp, Helena Bonham Carter, and Chloë Grace Moretz. In the film, she plays the family Matriarch, Elizabeth Collins Stoddard. Pfeiffer is set to play the “tough mother” and wife of actor Robert De Niro’s character in Luc Besson’s mob-comedy Malavita which started production in August 2012. The film is slated for an October 18, 2013 North America release. On November, 7, 2012, The Hollywood Reporter announced that Pfeiffer will star alongside Tim Robbins and Chloë Grace Moretz in the dark comedy, Man Down. “The movie is described as being in the vein of American Beauty and The Royal Tenenbaums. It is about a dysfunctional Yonkers, New York family whose lives are changed after a photo of them ends up in the Museum of Modern Art in New York City, turning them into celebrities.

In January 1993, Pfeiffer was set up on a blind date with television writer and producer David E. Kelley, who took her to the movies to see Bram Stoker’s Dracula the following week, and they began dating seriously. They married on November 13, 1993. Since then, she has made an uncredited cameo appearance in one episode of Kelley’s television series Picket Fences and played the title character in To Gillian On Her 37th Birthday, for which Kelley wrote the screenplay. Pfeiffer and Kelley have two children, Claudia and John. Pfeiffer had entered into private adoption proceedings before she met Kelley. In March 1993, she adopted a newborn daughter, Claudia Rose, who was christened on Pfeiffer and Kelley’s wedding day. In August 1994, Pfeiffer gave birth to a son, John Henry.

Having been a smoker for ten years and having a niece who suffered from leukemia for ten years, she decided to support the American Cancer Society. Her charity work also includes her support for the Humane Society. Pfeiffer is vegan.