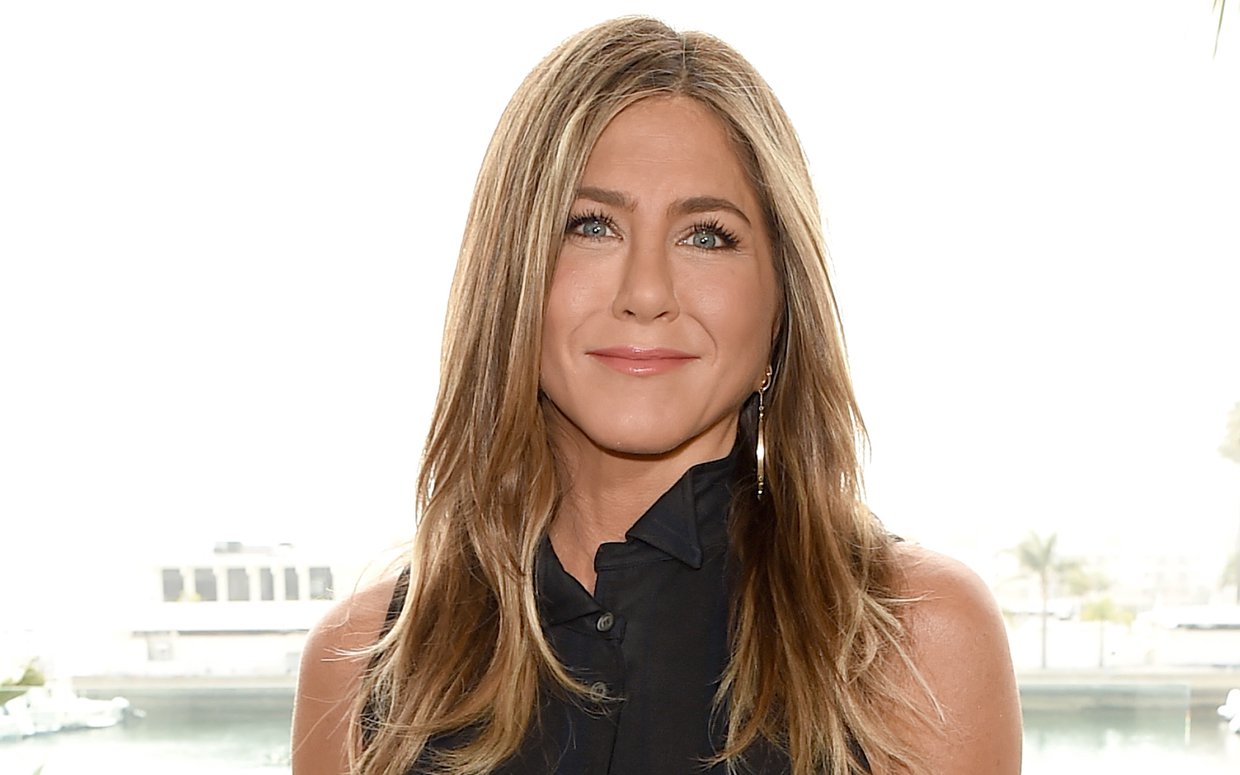 Jennifer Aniston, Age 43 Years: Jennifer Joanna Aniston was born on February 11th 1969. She is an American actress, film director, and producer. Aniston gained worldwide recognition in the 1990s for portraying Rachel Green on the television sitcom Friends, a role which earned her an Emmy Award, a Golden Globe Award, and a Screen Actors Guild Award. Aniston has also enjoyed a successful Hollywood film career. She gained critical acclaim for her performances in the independent films She’s the One , Office Space , The Good Girl and Friends with Money. She has had her greatest commercial successes with the films Bruce Almighty , The Break-Up , Marley & Me , Just Go with It and Horrible Bosses . Aniston received a star on the Hollywood Walk of Fame on February 22, 2012.

Jennifer Aniston was born in Sherman Oaks, Los Angeles to actors John Aniston and Nancy Dow. Her father is Greek and a native of Crete, while her mother was born in New York City. One of her maternal great-grandfathers was an Italian immigrant and her mother’s other ancestry is Scottish, Irish, and a small amount of Greek. Aniston has two half-brothers, John Melick, her maternal older half-brother, and Alex Aniston, her younger paternal half-brother. Aniston’s godfather was actor Telly Savalas, one of her father’s best friends. As a child, Aniston lived in Greece for one year with her family. They later relocated to New York City. Aniston attended the Rudolf Steiner School in New York, and graduated from Manhattan’s Fiorello H. LaGuardia High School of Music & Art and Performing Arts. She worked in Off Broadway productions such as For Dear Life and Dancing on Checker’s Grave and supported herself with several part-time jobs, which included working as a telemarketer, waitress, and bike messenger. In 1989, Aniston moved back to Los Angeles.

In 2007, Aniston guest starred in an episode of Courteney Cox Arquette’s series Dirt, playing Arquette’s rival, Tina Harrod. She appeared in the third episode of Season 3 of NBC’s 30 Rock playing Liz Lemon’s old college roommate who stalks Jack Donaghy. On July 16, 2009, Aniston received an Emmy nomination in the category of Outstanding Guest Actress in a Comedy Series for her role on 30 Rock. Aniston was a guest star on the Season 2 premiere of ABC’s sitcom Cougar Town, playing a psychiatrist

By June 20, 2010, Aniston’s movies had grossed more than $1 billion in the United States and over $1.7 billion worldwide. Aniston’s Just Go with It, with Adam Sandler was released on Valentine’s Day weekend in 2011. The story is about a plastic surgeon, played by Sandler, who asks his office manager, played by Aniston, to pose as his wife, to prove his honesty to his much younger girlfriend, played by Brooklyn Decker. Also in 2011, Aniston starred in the comedy movie Horrible Bosses, with Colin Farrell, Jason Bateman, Charlie Day, and Jamie Foxx, directed by Seth Gordon. The film focuses on a trio of employees who plot to murder their titular tyrannical supervisors. Aniston played one of the bosses, a sexually aggressive dentist who harasses Charlie Day’s character. 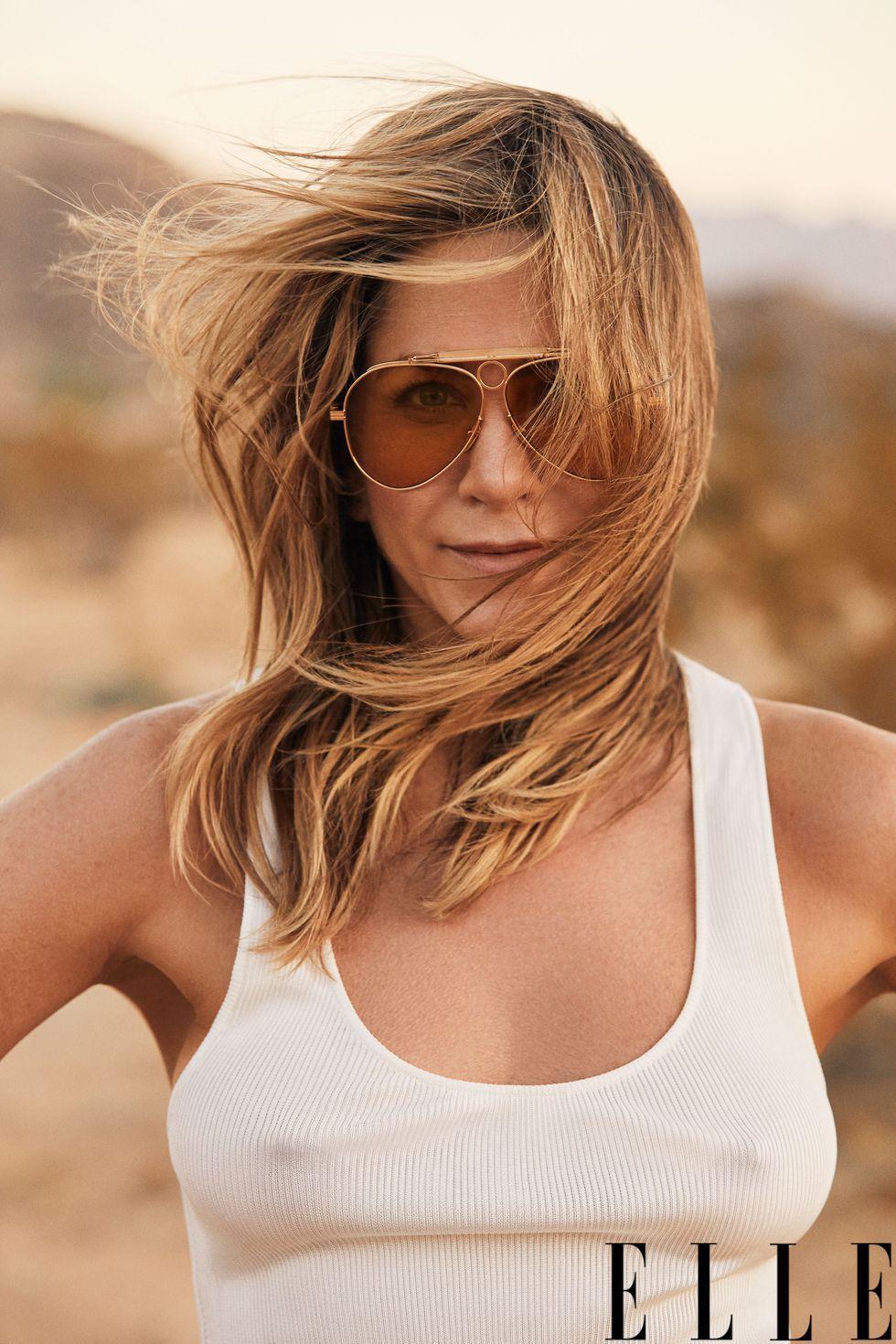 In 2012, Aniston appeared in Wanderlust with Paul Rudd with whom she co-starred in the 1998 movie The Object of My Affection and also Friends. The script, bought by Universal Pictures, was written by Rudd, Ken Marino, and David Wain, with the latter also directing the film, and was produced by Judd Apatow. The movie was about a married couple who join a commune after losing their money and deciding modern life is not for them.

EUE/Screen Gems Productions is expected to start work on We’re the Millers in summer 2012 in the Wilmington, North Carolina, area. Aniston and Jason Sudeikis star in the comedy about a drug dealer with a fake family.

In 2007, Forbes rated Aniston as one of the top 10 richest women in entertainment and estimated her net worth to be about $110 million. Aniston was also included in the annual Star Salary Top 10 of trade magazine The Hollywood Reporter for 2006. According to Forbes, in October 2007, Aniston was the top-selling celebrity face of the entertainment industry. She was also Hollywood’s most profitable actress. Aniston has been on the Forbes Celebrity 100 list, based on “earnings and fame”, every year since 2001, topping the list in 2003.For the year of 2008, Forbes listed Aniston’s earnings as $27 million.

In 2005, Aniston became the first-ever GQ Woman of the Year. She has appeared on People’s annual list of The Most Beautiful every year since 1995, and came in at #1 in 2004. She also topped the magazine’s Best Dressed List in 2006. She has been a regular on FHMs 100 Sexiest Women list since 1996, ranking at #79 in 2012, #81 in 2010, #24 in 2009 and #27 in 2008. In 2011 The Telegraph reported the most sought after body parts of the rich and famous revealed by two Hollywood plastic surgeons who carried out a survey among their patients to build up the picture of what the perfect woman would look like. Under the category of the most sought after body shape Aniston was voted in the top three alongside Gisele Bündchen and Penélope Cruz. In the same year, readers of Men’s Health magazine voted Aniston the “Sexiest Woman of All Time”.

Although Aniston disliked the hairstyle she wore during her first two years on Friends, “The Rachel” became and remains very popular among women.