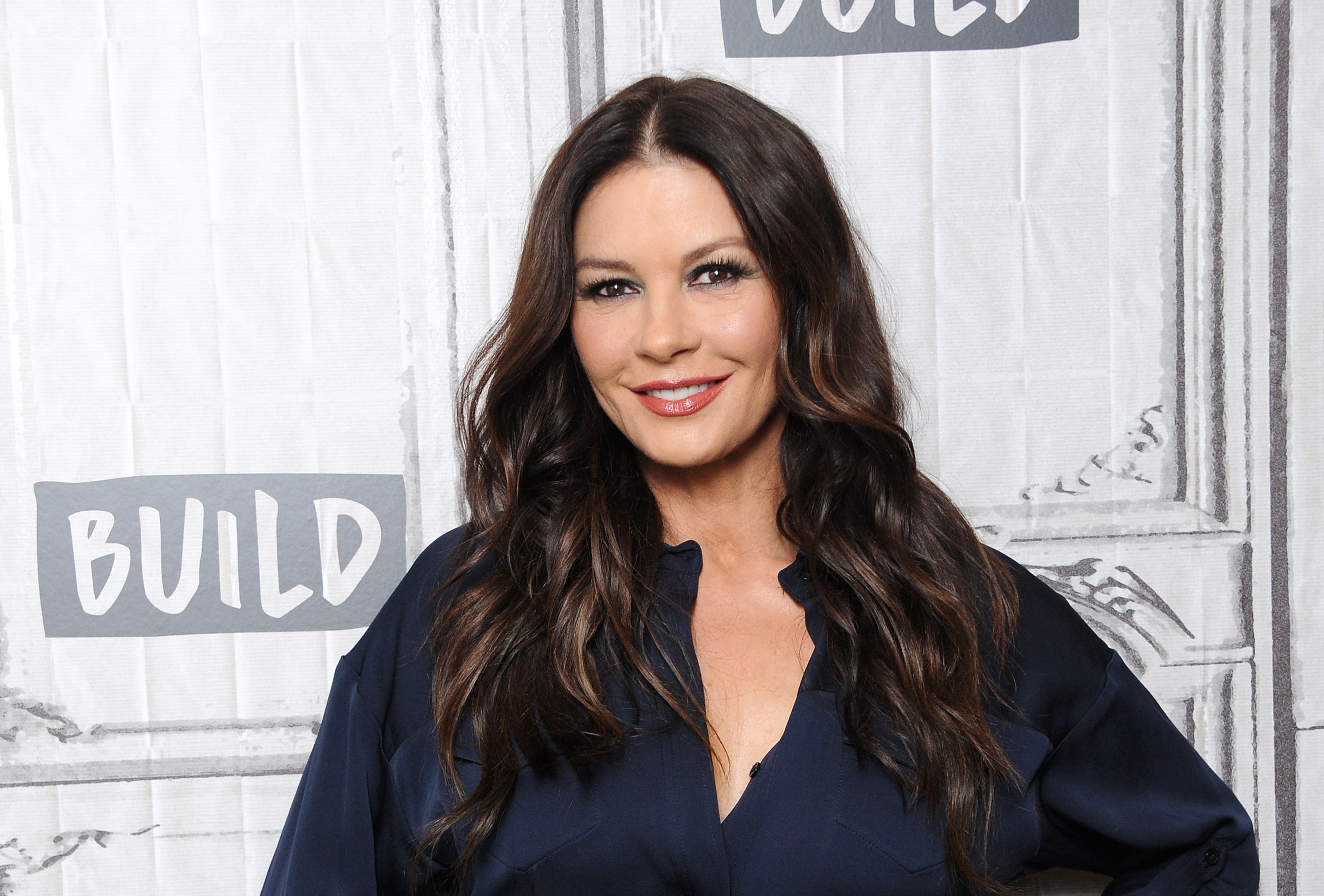 Catherine Zeta-Jones, Age 43 Years : Catherine Zeta-Jones, was born on 25 September 1969.She is a Welsh actress. She began her career on stage at an early age. After starring in a number of United Kingdom and United States television films and small roles in films, she came to prominence with roles in Hollywood movies such as the 1998 action film The Mask of Zorro and the 1999 crime thriller film Entrapment. Her breakthrough role was in the 2000 film Traffic, for which she earned her first Golden Globe Award nomination for Best Supporting Actress – Motion Picture.

Zeta-Jones subsequently starred as Velma Kelly in the 2002 film adaptation of the musical Chicago, a critical and commercial success, and received an Academy Award for Best Supporting Actress, BAFTA Award, a Screen Actors Guild Award and was nominated for the Golden Globe Award for Best Actress – Motion Picture Musical or Comedy. Later, she appeared in the 2003 romantic comedy film Intolerable Cruelty and 2004 crime comedy film Ocean’s Twelve. Zeta-Jones starred in the 2005 sequel of the 1998 film, The Legend of Zorro. She also starred in the 2008 biopic romantic thriller Death Defying Acts. In 2010, she won the Tony Award for Best Leading Actress in a Musical for her portrayal of Desiree in A Little Night Music.

Catherine Zeta-Jones was born in Swansea, Wales on 25 September 1969 to Patricia , a seamstress, and David James Jones, a sweet factory owner.Her father is Welsh and her mother is of Welsh and Irish descent.Catherine’s middle name, Zeta, came from her grandmother, who was named after a boat seen in Swansea Harbour. She was educated at Dumbarton House School, a co-educational independent school in Swansea, but left early to further her acting ambitions without obtaining O levels. While at Dumbarton, she once had her lunch money inadvertently stolen by fellow pupil, actor Rob Brydon. She then attended the independent The Arts Educational Schools in Chiswick, West London, for a full-time, three-year course in musical theatre.

In 2008, starred alongside Guy Pearce and Saoirse Ronan in Death Defying Acts, a biopic about legendary escapologist Harry Houdini at the height of his career in the 1920s. The film was well received by many critics; View London noted that “Zeta Jones also pulls off an extremely impressive Edinburgh accent and it’s great to see her in a decent role for once.” In 2009, Zeta-Jones starred in romantic comedy The Rebound, in which she played a 40-year old mother of two who falls in love with a younger man, played by Justin Bartha. The film was released in cinemas in several countries throughout 2009. The film is set to be released in the United States on 25 December 2010. 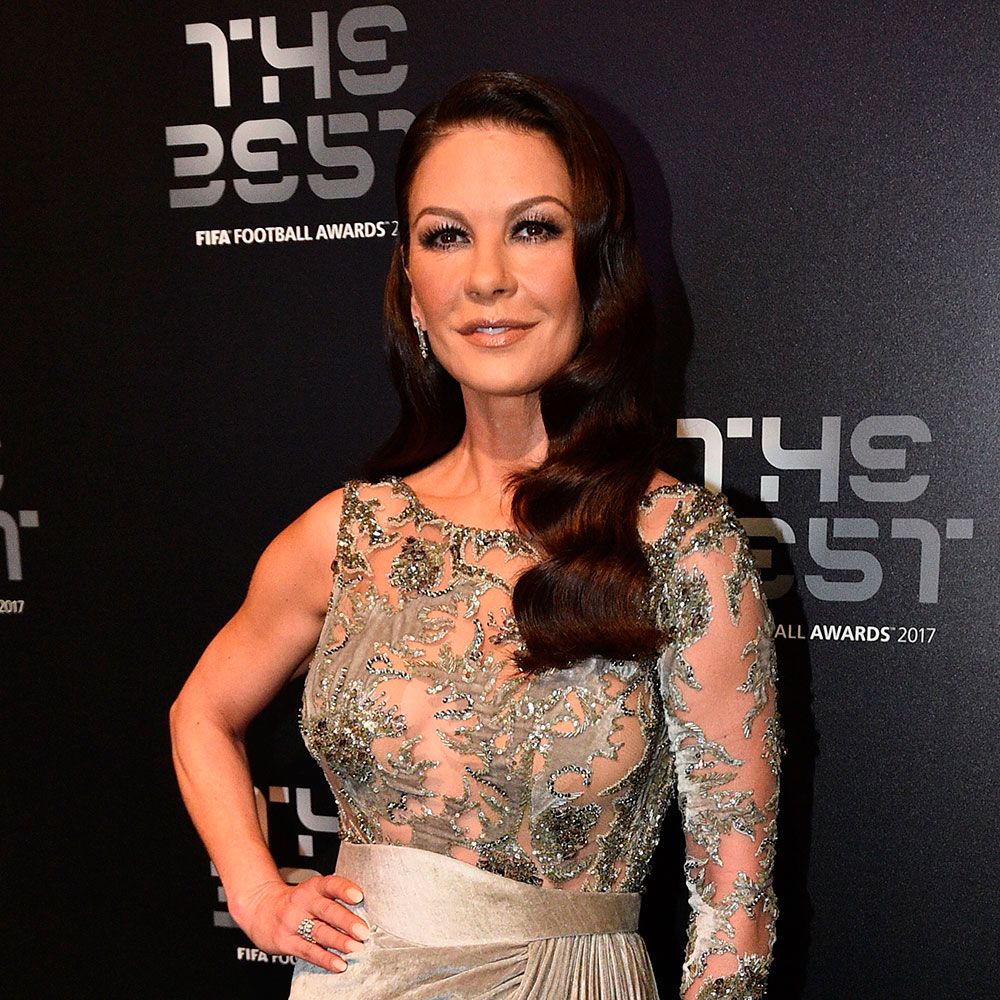 In August 2009, it was announced she would return to her musical roots and make her Broadway debut in the revival of A Little Night Music with Angela Lansbury, beginning December 2009. For her performance, Zeta-Jones received an Outer Critics Circle Award, Drama Desk Award, as well as a Tony Award for Best Leading Actress in a Musical.

In 2012, she features in Lay the Favorite starring Bruce Willis, which premiered at the 2012 Sundance Film Festival. She also appeared in Playing for Keeps with Gerard Butler and Rock of Ages, alongside Tom Cruise and Alec Baldwin. Her next projects include Broken City and Steven Soderbergh’s The Bitter Pill, being their third collaboration.

Dawn French and Jennifer Saunders parodied Zeta-Jones as a vacuous über-celebrity named “Catherine Spartacus-Zeta-Douglas-Jones”(variously described as a princess of the Spartacus dynasty or the Queen of Wales) on their show French & Saunders, in the series Back With a Vengeance. (Spartacus is a film role memorably played by Zeta-Jones’s father-in-law). “Catherine Spartacus-Zeta-Douglas-Jones” alternates between a strong Welsh accent and a strong American accent and uses Welsh phrases when she speaks.

Zeta-Jones is also parodied in the BBC’s The Impressions Show with Culshaw and Stephenson by Debra Stephenson reading Beauty and the Beast also alternating between strong Welsh and American accents. Zeta is also mentioned in the song Hollywood by Marina and the Diamonds in the line “Oh my God, you look just like Shakira no, no, you’re Catherine Zeta, actually my name’s Marina”. Adam DeVine mentioned Zeta-Jones on Workaholics, singing “Catherine Zeta-Joooones, she dips beneath laaaasers, whoooooa!”

Zeta-Jones is also an advertising spokeswoman, currently the global spokeswoman for cosmetics giant Elizabeth Arden. She has appeared in numerous TV commercials for the phone company T-Mobile, and one for Alfa Romeo. She is also the spokeswoman for Di Modolo jewellery. Zeta-Jones was appointed Commander of the Order of the British Empire (CBE) in the 2010 Birthday Honours.

Zeta-Jones has appeared on several magazine covers, including Allure,Harper’s Bazaar, W, Vanity Fair, and Vogue. She was chosen one of “1998’s Most Beautiful People” by People magazine, she also was ranked number 68 in FHM’s “100 Sexiest Women in the World 2005” special supplement, and was named number 82 in 2006. She was ranked number 50 on VH1’s “100 Hottest Hotties”.

Zeta-Jones met actor Michael Douglas, with whom she shares a birthday, and who is exactly 25 years her senior, at the Deauville Film Festival in France in August 1998, after being introduced by Danny DeVito. They began dating in March 1999. Zeta-Jones claims that when they met, he used the line “I’d like to father your children.” They became engaged on 31 December 1999, and were married at the Plaza Hotel in New York City on 18 November 2000, just weeks after Douglas’s divorce was finalised. A traditional Welsh choir (Côr Cymraeg Rehoboth) sang at their wedding. Her Welsh gold wedding ring includes a Celtic motif and was purchased in the Welsh town of Aberystwyth.They have two children. Their son, Dylan Michael Douglas (named after Dylan Thomas), was born on 8 August 2000, with Zeta Jones’s pregnancy incorporated into her role in Traffic. Their daughter, Carys Zeta Douglas, was born on 20 April 2003.

Zeta-Jones has two brothers, Stephen and Craig. Her younger brother, Stephen, is her personal manager and producer for Milkwood Films, whereas Craig is a well renowned stuntman.

In 2004, Douglas and Zeta-Jones took legal action against stalker Dawnette Knight, who was accused of sending violent letters to the couple that contained graphic threats on Zeta-Jones’s life. Testifying, Zeta-Jones said the threats left her so shaken she feared a nervous breakdown. Knight claimed she had been in love with Douglas and admitted to the offences, which took place between October 2003 and May 2004. She was sentenced to three years in prison.