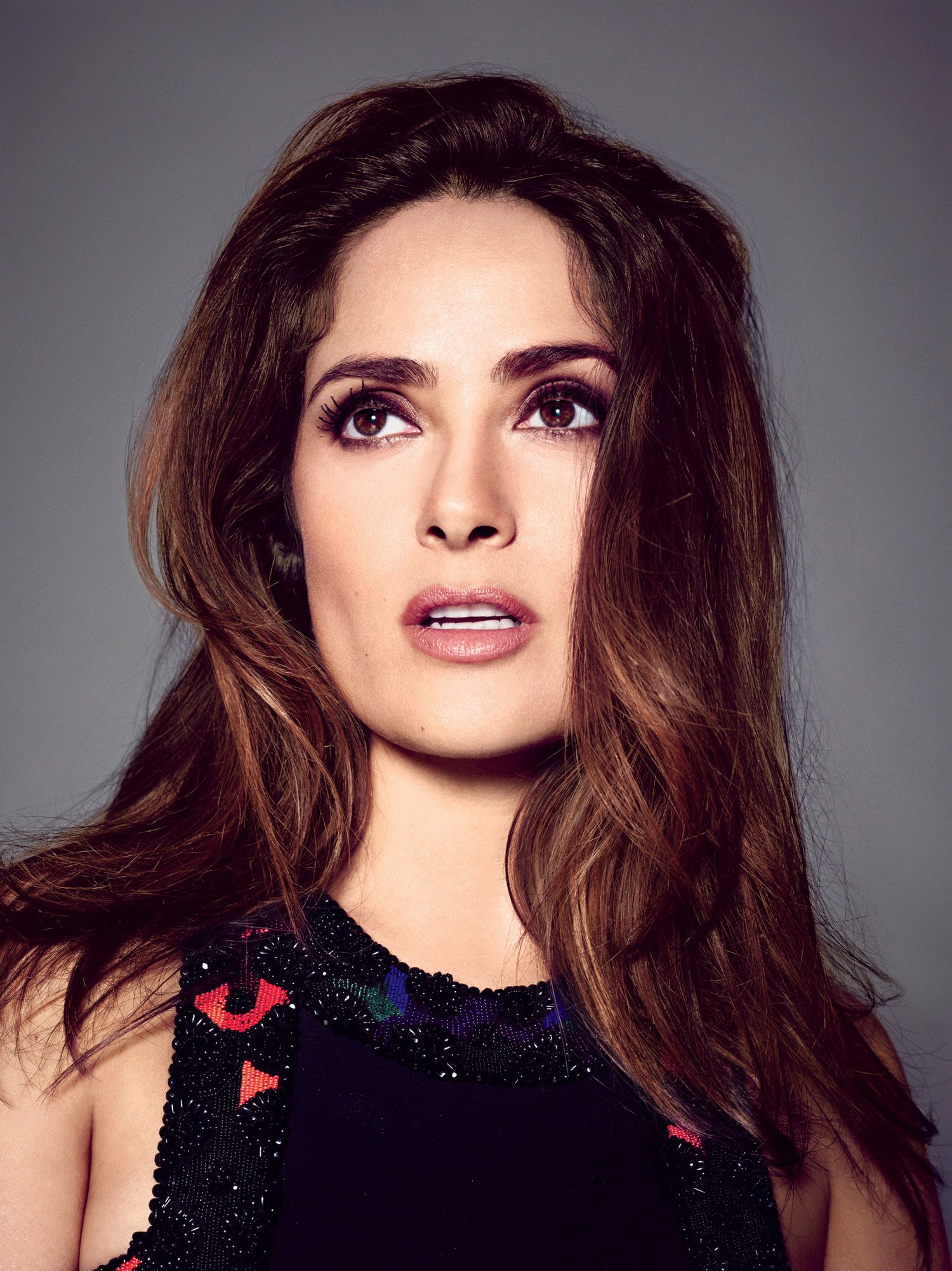 Salma Hayek, Age 46 Years: Salma Hayek Jiménez was born on September 2, 1966. She is a Mexican American film actress, director and producer. She began her career in Mexico starring in the successful Mexican telenovela Teresa and went on to star in the successful Mexican film El Callejón de los Milagros for which she was nominated for an Ariel Award. In 1991 Hayek moved to Hollywood and came to prominence with roles in Hollywood movies such as Desperado, Dogma , and Wild Wild West.

Her breakthrough role was in the 2002 film Frida as Frida Kahlo which she received an Academy Award, BAFTA Award, Screen Actors Guild Award and Golden Globe Award nomination for Best Actress. The movie received widespread attention and was a critical and commercial success. She won a Daytime Emmy Award for Outstanding Directing in a Children/Youth/Family Special in 2004 and received an Emmy Award nomination for Outstanding Guest Actress in a Comedy Series in 2007 after guest-starring in the ABC television series Ugly Betty.

Hayek’s recent films include Grown Ups acting alongside Adam Sandler, and Puss in Boots , which also features former collaborator Antonio Banderas, wherein she is the voice of the character ‘Kitty Softpaws’.

Hayek was born Salma Hayek Jiménez in Coatzacoalcos, Veracruz, Mexico. She is the daughter of Diana Jiménez Medina, an opera singer and talent scout, and Sami Hayek Dominguez, an oil company executive who once ran for mayor of Coatzacoalcos. Hayek’s father is of Lebanese descent while her mother is of Spanish descent. Her first given name, Salma, is Arabic for “safe”. Raised in a wealthy, devoutly Roman Catholic family, she was sent to the Academy of the Sacred Heart in Grand Coteau, Louisiana, at the age of twelve. While there, she was diagnosed with dyslexia. She attended university in Mexico City, where she studied International Relations at the Universidad Iberoamericana

In April 2007, Hayek finalized negotiations with MGM to become the CEO of her own Latin themed film production company, Ventanarosa. The following month, she signed a two year deal with ABC for Ventanarosa to develop projects for the network.
Hayek stars as the wife of Adam Sandler in Grown Ups, which also co-stars Chris Rock and Kevin James. At his insistence, Hayek co-starred with Antonio Banderas in the Shrek spin-off film Puss in Boots as the voice of the character Kitty Softpaws, who serves as Puss’s female counterpart and love interest.

Hayek has been a spokesperson for Avon cosmetics since February 2004. She formerly was a spokesperson for Revlon in 1998. In 2001, she modeled for Chopard and was featured in 2006 Campari adverts, photographed by Mario Testino. On April 3, 2009, she helped introduce La Doña, a watch by Cartier inspired by fellow Mexican actress María Félix.

In 2011, Hayek launched her own line of cosmetics, skincare and haircare products called Nuance by Salma Hayek, to be sold at CVS stores in North America. She was inspired to create a cosmetic line from her grandmother, who used to make her own facial care products.
Hayek was also featured in a series of Spanish language commercials for Lincoln cars. 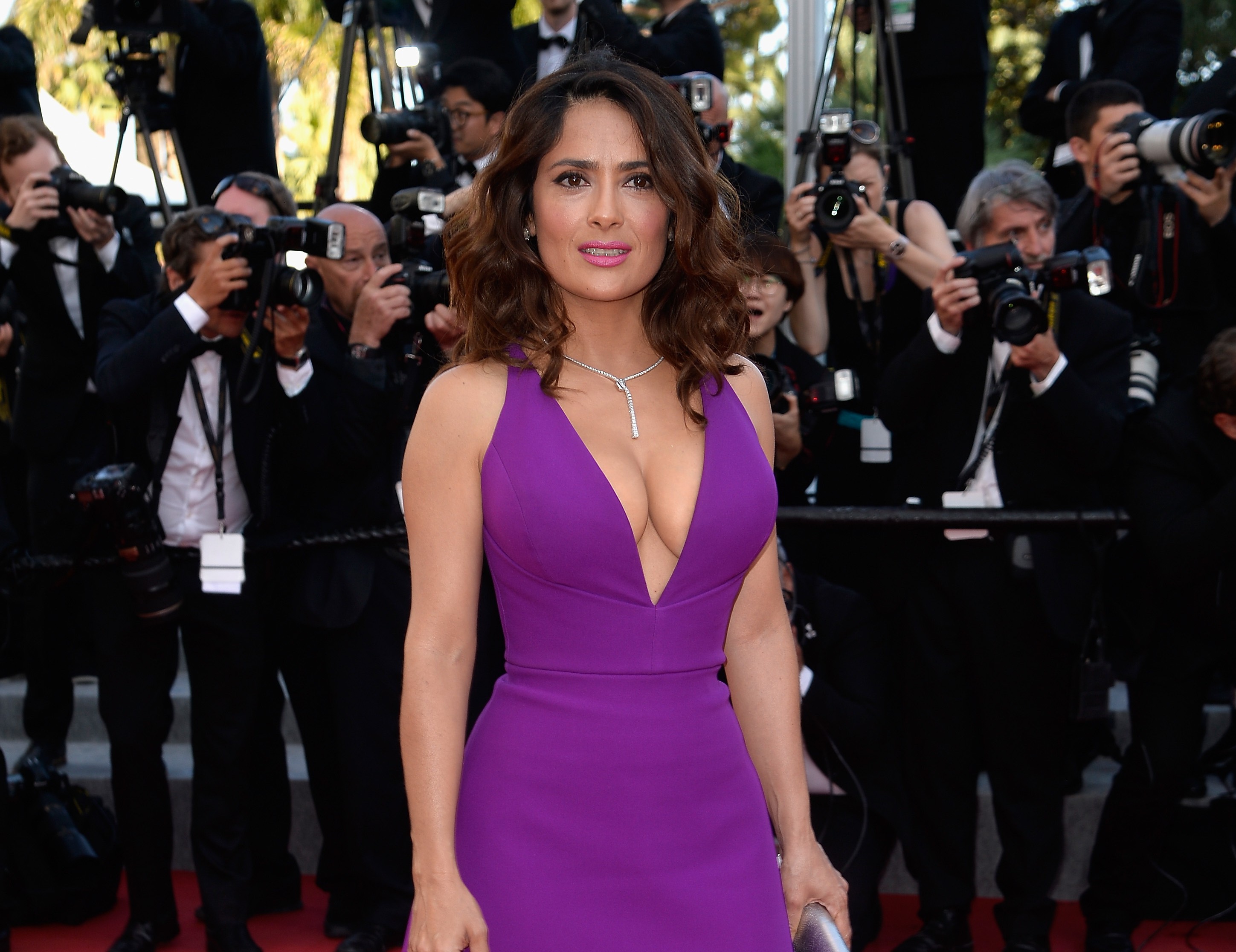 Hayek’s charitable work includes increasing awareness on violence against women and discrimination against immigrants.On July 19, 2005, Hayek testified before the U.S. Senate Committee on the Judiciary supporting reauthorizing the Violence Against Women Act. In February 2006, she donated $25,000 to a Coatzacoalcos, Mexico, shelter for battered women and another $50,000 to Monterrey based anti-domestic violence groups. Hayek is a board member of V-Day, the charity founded by playwright Eve Ensler.

Since the birth of her daughter, Hayek has worked to help mothers in developing nations worldwide, teaming up with Pampers and UNICEF to help stop the spread of life-threatening maternal and neonatal tetanus. She is a global spokesperson for the Pampers/UNICEF partnership 1 Pack = 1 Vaccine to help raise awareness of the program.

Hayek also advocates breastfeeding. During a UNICEF fact-finding trip to Sierra Leone, she breastfed a hungry week-old baby whose mother could not produce milk.

In 2010, Hayek’s humanitarian work earned her a nomination for the VH1 Do Something Awards.

In July 2007, The Hollywood Reporter ranked Hayek fourth in their inaugural Latino Power 50, a list of the most powerful members of the Hollywood Latino community. That same month, a poll found Hayek to be the “sexiest celebrity” out of a field of 3,000 celebrities (male and female); according to the poll, “65 percent of the U.S. population would use the term ‘sexy’ to describe her”. In 2008, she was awarded the Women in Film Lucy Award in recognition of her excellence and innovation in her creative works that have enhanced the perception of women through the medium of television In December of that year, Entertainment Weekly ranked Hayek number 17 in their list of the “25 Smartest People in TV.”