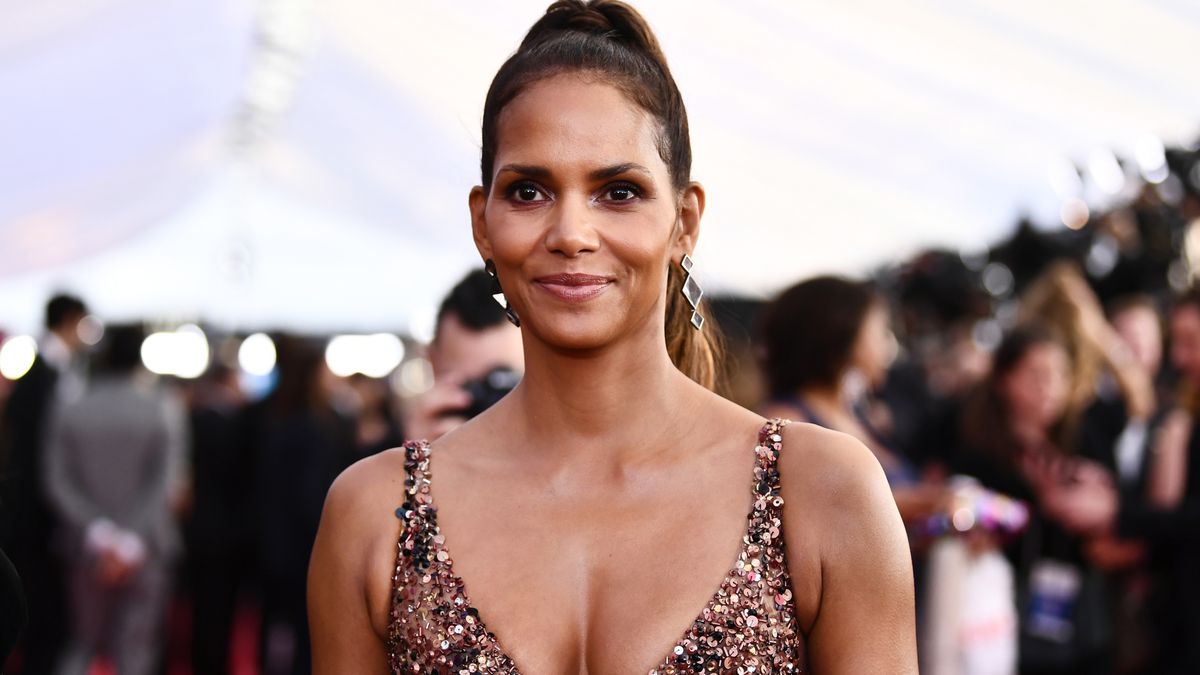 Halle Berry, Age 46 Years: Halle Berry was born on August 14, 1966. She is an American actress and former fashion model. Berry received an Emmy, Golden Globe, SAG, and an NAACP Image Award for Introducing Dorothy Dandridge and won an Academy Award for Best Actress and was nominated for a BAFTA Award in 2001 for her performance in Monster’s Ball, becoming the first and, as of 2012, only woman of African American descent to have won the award for Best Actress. She is one of the highest paid actresses in Hollywood and has been involved in the production side of several of the films in which she performed. Berry is also a Revlon spokesmodel.

Before becoming an actress, Berry entered several beauty contests, finishing as the 1st runner-up in the Miss USA Pageant , and coming in 6th place in the Miss World Pageant in 1986. She made her film debut in 1991 with a brief appearance in Jungle Fever. Her breakthrough was in 1992’s Boomerang, which led to roles in films such as The Flintstones and Bulworth . In addition to her Academy Award win, the 21st century brought a new level of prominence to Berry, with roles in films such as X-Men , Die Another Day , where she played Bond Girl Jinx, and Cloud Atlas . She also won the Golden Raspberry Award for Worst Actress in 2005 for Catwoman and accepted the award in person, one of the few performers to do so.

Berry was born Maria Halle Berry, though her name was legally changed to Halle Maria Berry in 1971. Berry’s parents selected her middle name from Halle’s Department Store, which was then a local landmark in her birthplace of Cleveland, Ohio. Her mother, Judith Ann who is of English and German descent, was a psychiatric nurse. Her father, Jerome Jesse Berry, was an African American hospital attendant in the same psychiatric ward where her mother worked; he later became a bus driver. Berry’s maternal grandmother, Nellie Dicken, was born in Sawley, Derbyshire, England, while her maternal grandfather, Earl Ellsworth Hawkins, was born in Ohio. Berry’s parents divorced when she was four years old; she and her older sister Heidi were raised exclusively by her mother. Berry has said in published reports that she has been estranged from her father since her childhood, noting in 1992, “I haven’t heard from him since he left. Maybe he’s not alive.” 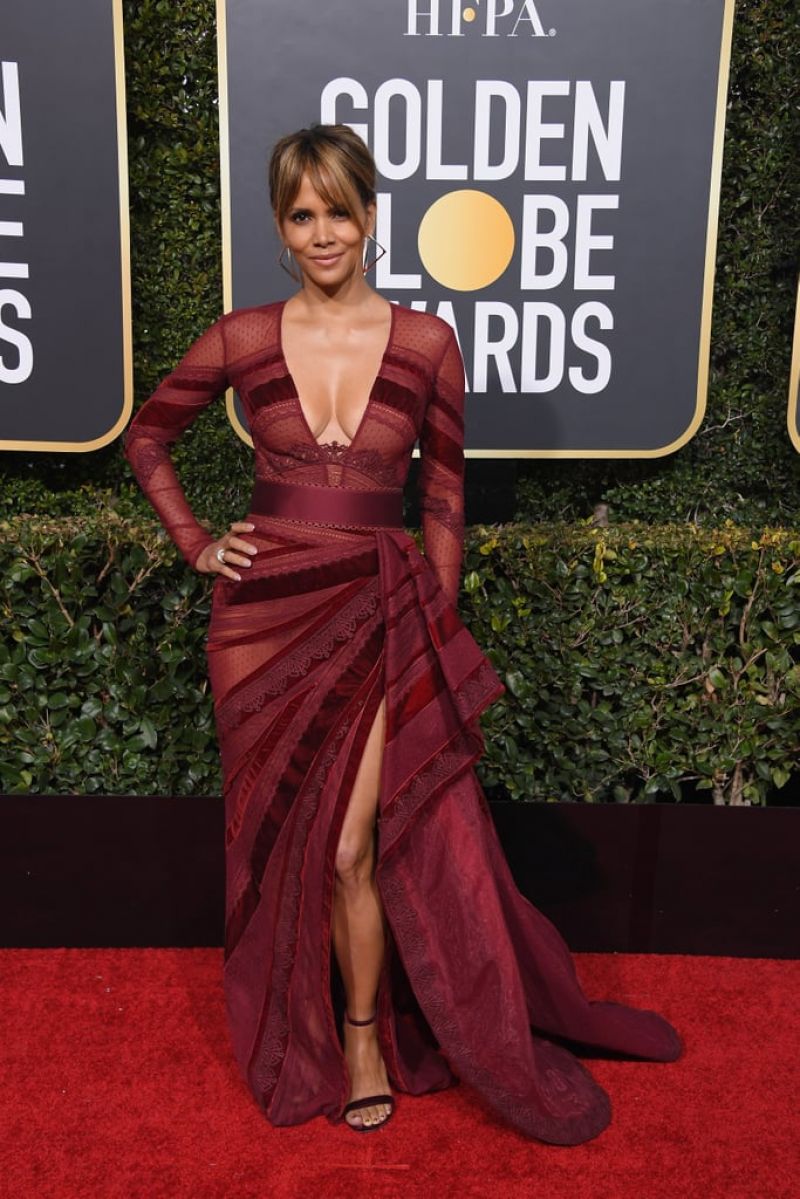 Berry graduated from Bedford High School. She worked in the children’s department at Higbee’s Department store. She then studied at Cuyahoga Community College. In the 1980s, she entered several beauty contests, winning Miss Teen All American in 1985 and Miss Ohio USA in 1986. She was the 1986 Miss USA first runner-up to Christy Fichtner of Texas. In the Miss USA 1986 pageant interview competition, she said she hoped to become an entertainer or to have something to do with the media. Her interview was awarded the highest score by the judges. She was the first African-American Miss World entrant in 1986, where she finished sixth and Trinidad and Tobago’s Giselle Laronde was crowned Miss World.

Berry is involved in production of films and television. She served as executive producer on Introducing Dorothy Dandridge in 1999, and Lackawanna Blues in 2005. Berry both produced and starred in the thriller Perfect Stranger with Bruce Willis and in Things We Lost in the Fire with Benicio del Toro, the first film in which she worked with a female director, Danish Susanne Bier, a new feeling of “thinking the same way”, which she appreciated. Berry then starred in the film Frankie and Alice, in which she plays Frankie Murdoch, a young multiracial American women with dissociative identity disorder struggling against her alter personality to retain her true self. She was awarded the African-American Film Critics Association Award for Best Actress and also was nominated for the Golden Globe Award for Best Actress – Motion Picture Drama.

Berry is one of the highest-paid actresses in Hollywood, earning $10 million per film. In July 2007, she topped In Touch magazine’s list of the world’s most fabulous 40-something celebrities. On April 3, 2007, she was awarded a star on the Hollywood Walk of Fame in front of the Kodak Theatre at 6801 Hollywood Boulevard for her contributions to the film industry. As of 2011, Berry’s worldwide box office gross has been more than 2.7 billion US$. In 2011, she appeared in New Year’s Eve. She played one of the leads in the film Cloud Atlas, which was released in October 2012. Berry has served for many years as the face of Revlon cosmetics and also as the face of Versace. The Coty Inc. fragrance company signed Berry to market her debut fragrance in March 2008. Berry was delighted, saying that she had created her own fragrances at home by mixing scents.

Along with Pierce Brosnan, Cindy Crawford, Jane Seymour, Dick Van Dyke, Téa Leoni, and Daryl Hannah, Berry successfully fought in 2006 against the Cabrillo Port Liquefied Natural Gas facility that was proposed off the coast of Malibu. Berry said, “I care about the air we breathe, I care about the marine life and the ecosystem of the ocean.” In May 2007, Governor Arnold Schwarzenegger vetoed the facility. Hasty Pudding Theatricals gave her its 2006 Woman of The Year award.

Berry was ranked No. 1 on People’s “50 Most Beautiful People In The World,” in 2003 after making the top ten list seven times and appeared No. 1 on FHM 100 Sexiest Women in the World the same year. She was named Esquire magazine’s “Sexiest Woman Alive” in October 2008, about which she stated “I don’t know exactly what it means, but being 42 and having just had a baby, I think I’ll take it.” Men’s Health ranked her at No. 35 on their “100 Hottest Women of All-Time” list. In 2009, she was voted #23 on Empire’s 100 Sexiest Film Stars. The same year, rapper Hurricane Chris released a song entitled “Halle Berry “She’s Fine ” extolling Berry’s beauty and sex appeal.